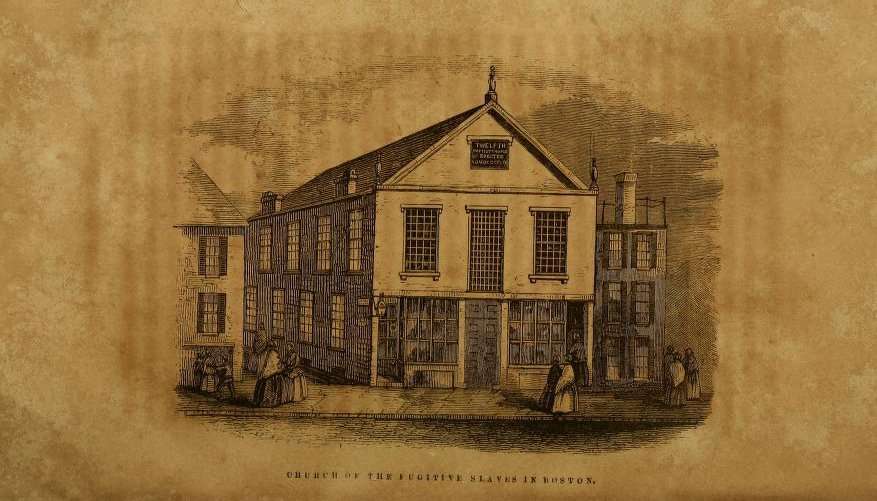 Church of the Fugitive Slaves in Boston.

An engraving from Charles Emery Stevens's book Anthony Burns: A History (1856) depicts the exterior of the church in Boston established to minister to fugitive slaves from the South. "The church is a neat and commodious brick structure, two stories in height, and handsomely finished in the interior," Stevens wrote. The land and building cost $13,000, funds for it being collected from wealthy abolitionists. The church was dedicated on the first day of the trial of the runaway slave Anthony Burns, who had been arrested under the provisions of the Fugitive Slave Act of 1850. The author described the coincidence of these events occurring in Boston on the same day "as if for an omen of good."