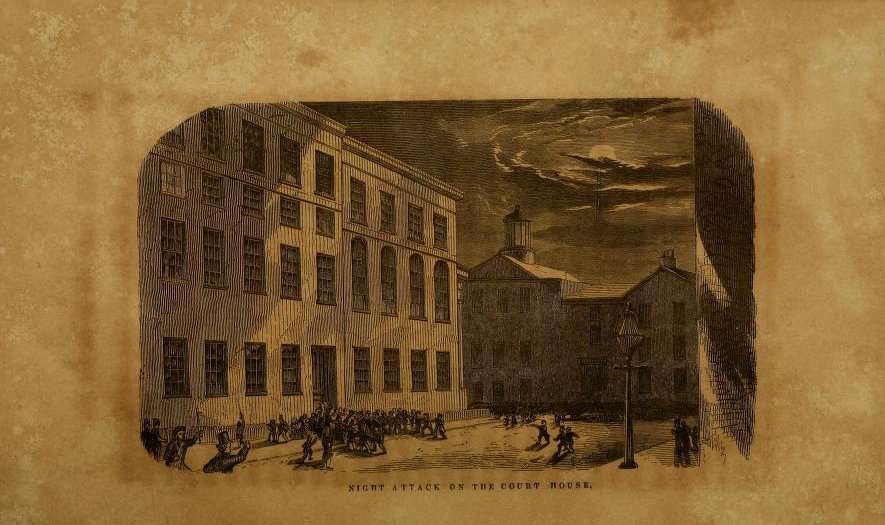 Night Attack on the Court House.

A group of abolitionists attack the courthouse in Boston under cover of night on May 26, 1854, in an unsuccessful attempt to free Anthony Burns, an escaped slave from Virginia who had been arrested under the provisions of the Fugitive Slave Act of 1850. This illustration appeared in Anthony Burns: A History (1856), by Charles Emery Stevens. Stevens, who was an eyewitness to the event, described the mob's response as the door to the courthouse where Burns was being held prisoner was forced open with a battering ram and axes:

As the quick, heavy blows resounded through the Square, the crowd, every moment rapidly increasing, sent up their wild shouts of encouragement, while some hurled missiles against the windows, and others discharged their pistols in the same direction.