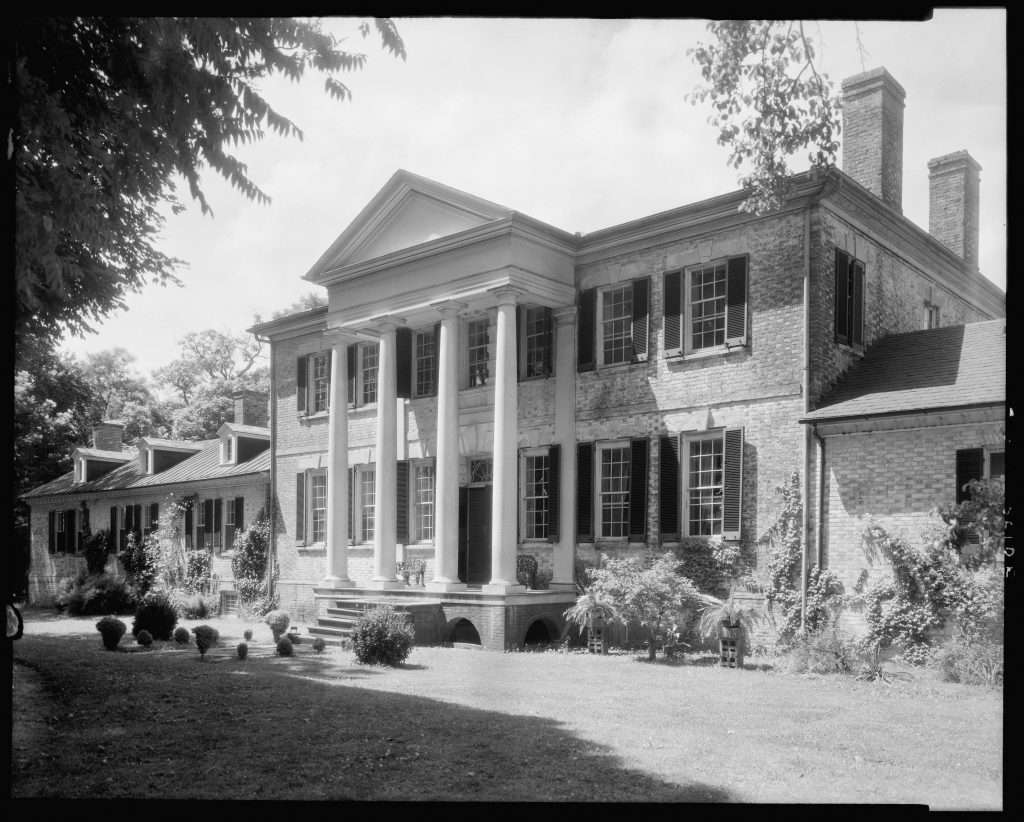 Sabine Hall, the Georgian mansion in Richmond County, Virginia, built by Landon Carter sometime between 1738 and 1742, overlooks six gardened terraces and the Rappahannock River. It is listed on the Virginia Historic Landmarks Register and the National Register of Historic Places and is noteworthy for its interior paneling, carved walnut stairway, and Carter family portraits. The stately home is still owned by Carter descendants.

These photographs were taken by pioneering woman photographer Frances Benjamin Johnston. Though based in Washington, D.C., Johnston traveled extensively throughout Virginia and other southern states from late in the 1920s to the 1940s, photographing buildings and gardens, many of which were in a state of decay. She took more than 7,000 architectural images, and was made an honorary member of the American Institute of Architects for her work.