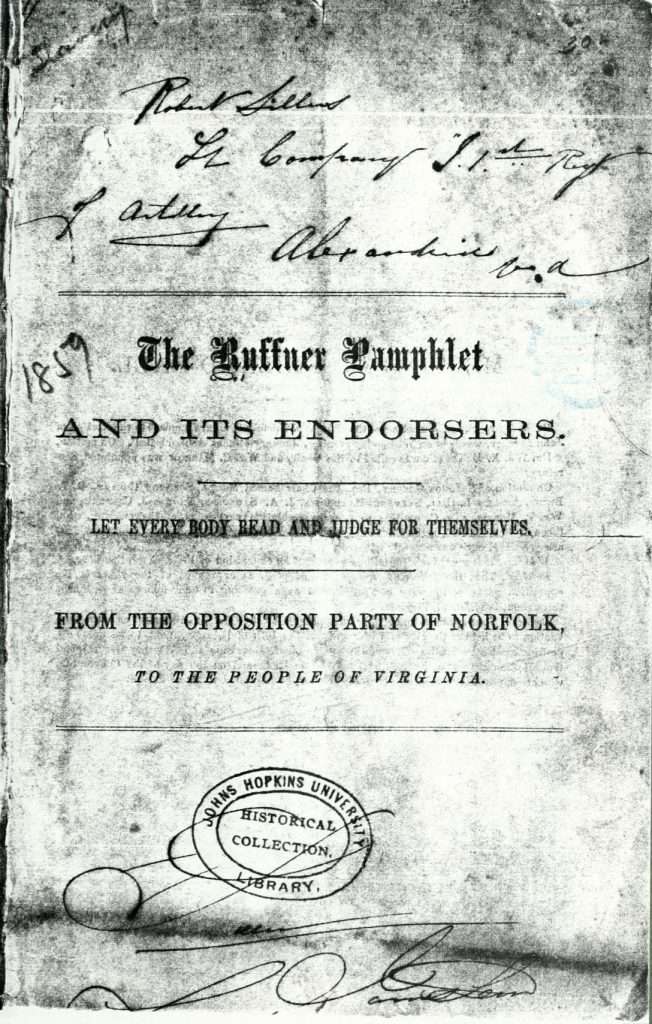 The Ruffner Pamphlet And Its Endorsers

A twelve-page pamphlet published in 1859 by a group of citizens from Norfolk, Virginia, sets forth their argument for opposing the election of John Letcher as governor of the state on the grounds that he had previously supported the 1847 antislavery tract, The Ruffner Pamphlet. That tract, written by Henry Ruffner, president of Washington College (now Washington and Lee University), presented an economic argument for the gradual emancipation and colonization of western Virginia slaves. Warning of a growing tide of slaves arriving from the eastern part of the state, Ruffner wrote:

And then, fellow-citizens [of western Virginia], when you have suffered your country to be filled with negro-slaves instead of white freemen; when its population shall be as motley as Joseph’s coat of many colors . . . what will the white basis of representation avail you, if you obtain it?  Whether you obtain it or not, East Virginia will have triumphed; . . . and all Virginia will have become a land of darkness and of the shadow of death.