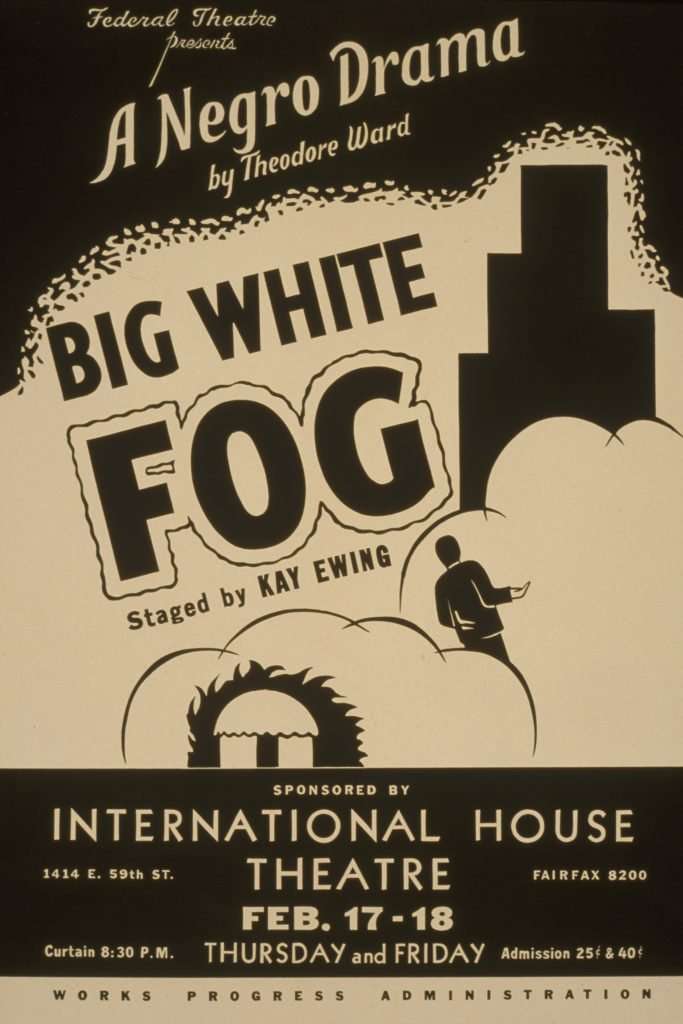 In 1935, President Franklin Delano Roosevelt updated some of the policies of the first New Deal with a body of legislation now commonly referred to as the Second New Deal. Among these policies was the Works Progress Administration (WPA), which used federal money to create jobs for unemployed Virginians of many types. The Federal Theatre Project was one of its results, a project designed to find work for unemployed writers and actors; this poster is a reproduction of one advertising the play Big White Fog, playing in Fairfax. Big White Fog was itself a result of the WPA, written by Theodore Ward in 1937 during his time with the Chicago Federal Theatre Project.