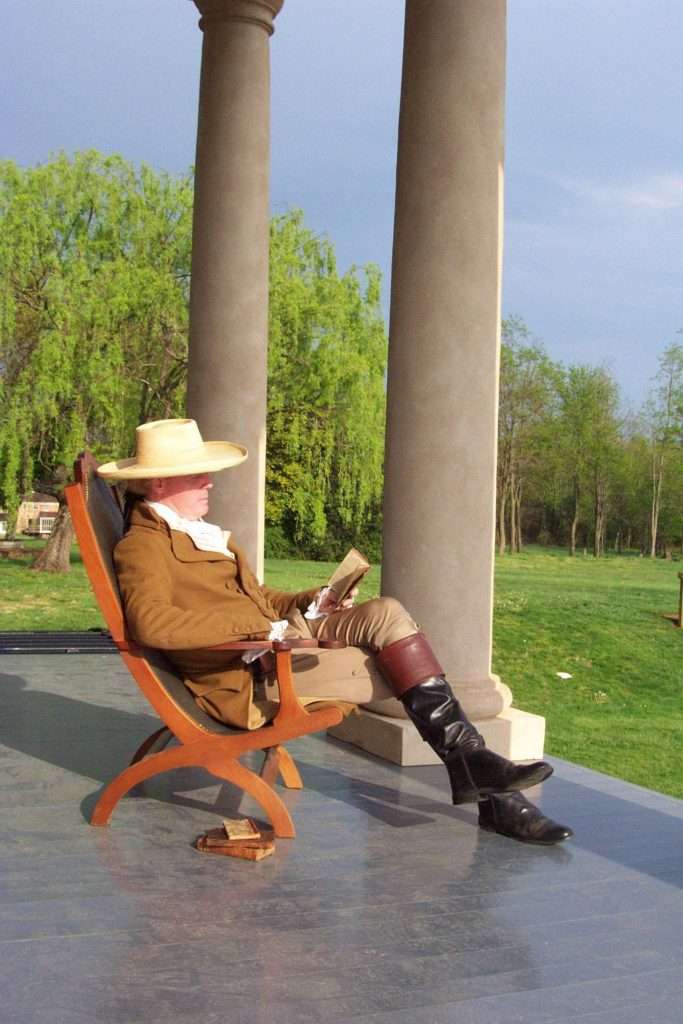 A Thomas Jefferson impersonator sits on the south portico of Poplar Forest, Jefferson's rural retreat and plantation in Beford County. The impersonator, Bill Barker, sits in a Campeachy chair, a comfortable style of chair favored by Jefferson in his later years. In 1819, Jefferson complained that he was suffering from rheumatism at Poplar Forest and he ordered that a Campeachy chair made by his slave John Hemmings be brought from Monticello.