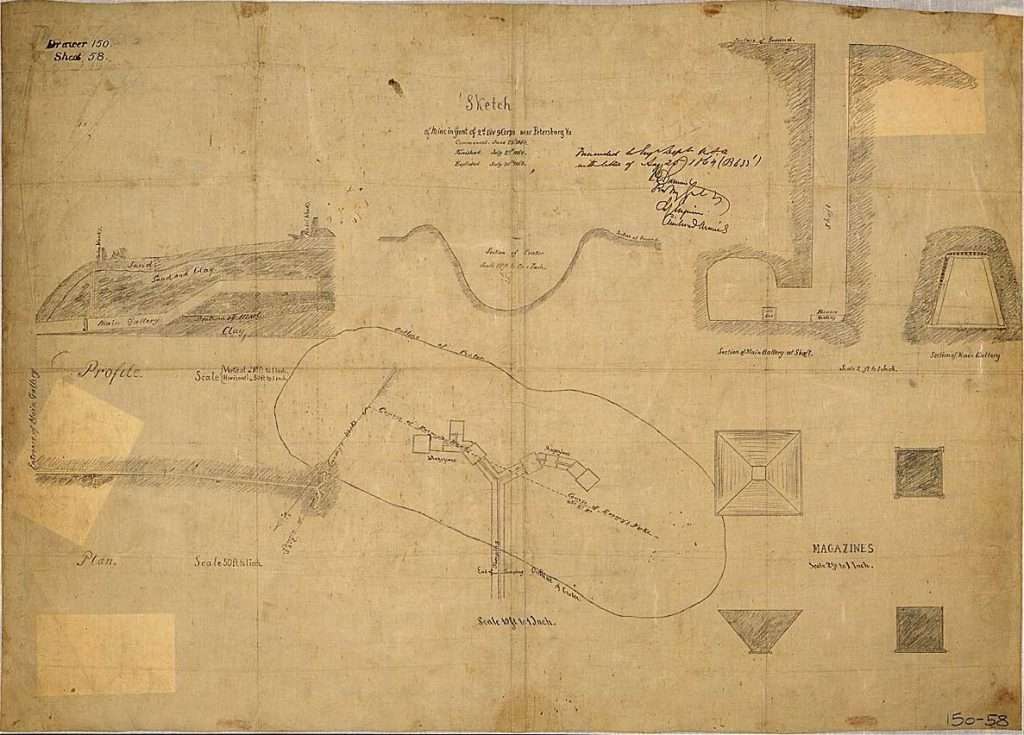 Sketch of the Mine at Petersburg

This sketch of the mine devised by Union lieutenant colonel Henry Pleasants during the Petersburg Campaign shows details of its layout and the dimensions of the crater that formed when the underground shaft was exploded on the morning of July 30, 1864. Men from Pleasant's 48th Pennsylvania Infantry, coal miners from Schuylkill County, put their expertise to use constructing an extremely long mine gallery through the sand, clay, and marl beneath Confederate lines on the outskirts of Petersburg. They began digging on June 25, 1864, and did not stop until the mine stretched 586 feet. This drawing shows the dimensions of the mine shaft, the placement of the magazines that were packed with four tons of powder and detonated, and the enormous crater that was ripped open by the blast. At least 278 Confederates—most of them South Carolinians and Virginians—were killed in the initial explosion. Thousands more Union and Confederate troops were killed in the savage fighting that followed.