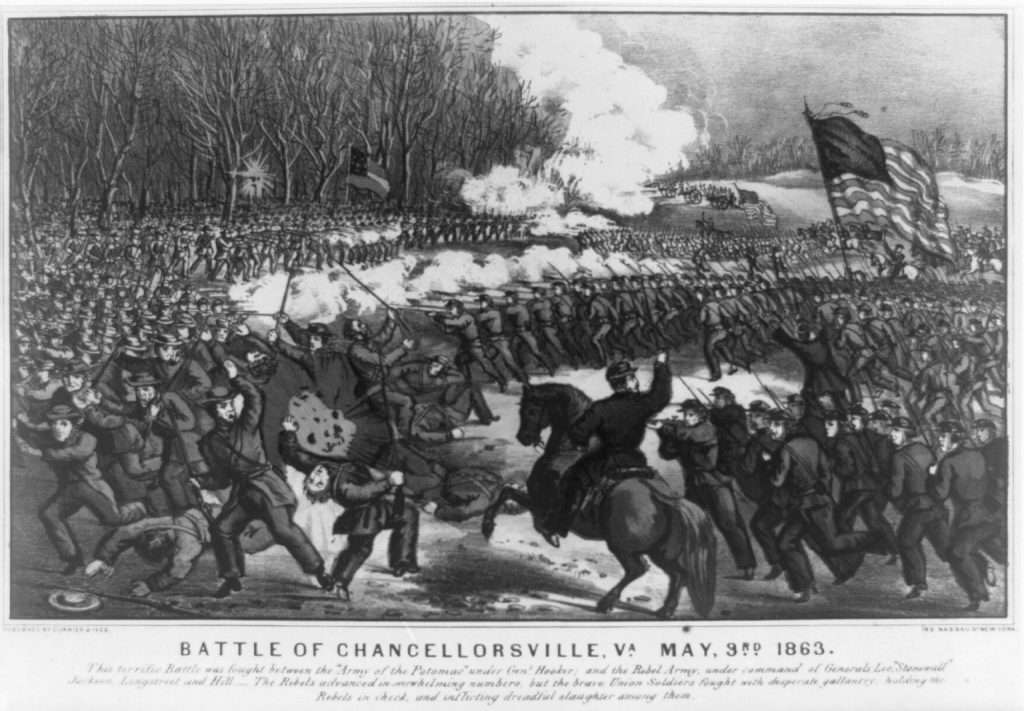 Battle of Chancellorsville, May 3rd 1863

This Currier & Ives lithograph depicts the third day of the Battle of Chancellorsville, May 3, 1863, when Confederate troops under Robert E. Lee and Union troops under Joseph Hooker fought to a standstill. The fighting was as hot and close as any in the war—the vast majority of the battle's casualties occurred on this day—and Hooker himself suffered a concussion when a wooden beam from the Chancellor family house fell on him.