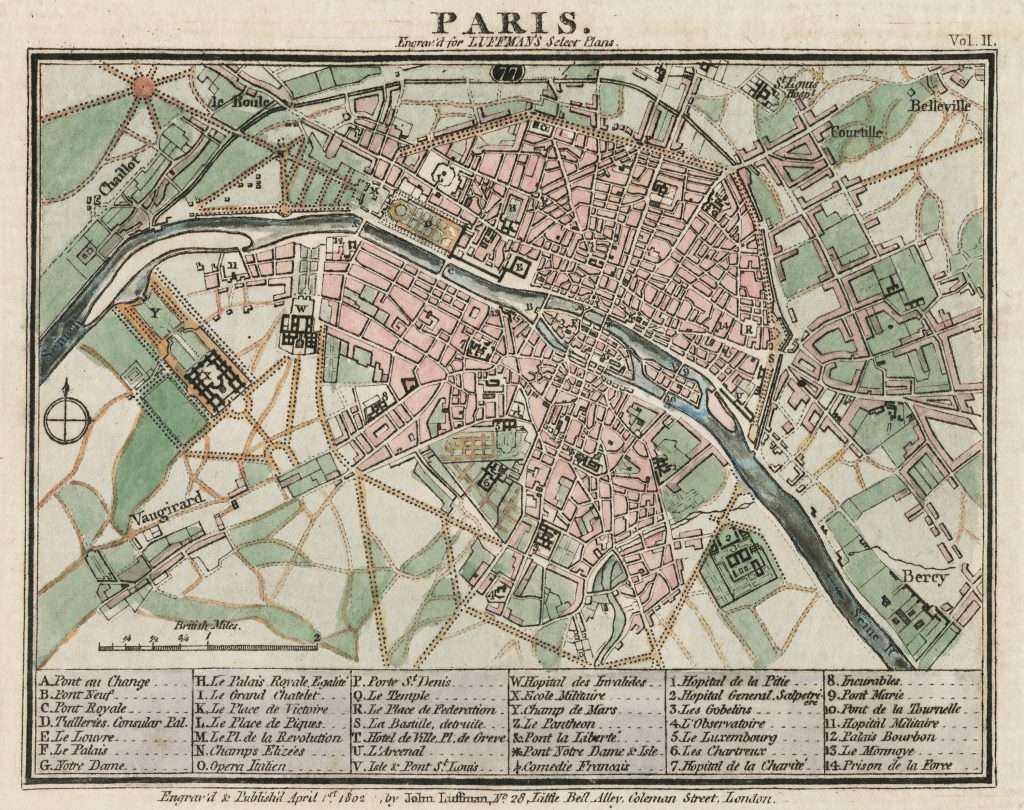 A street plan of Paris at the turn of the nineteeth century includes a key, at bottom, to the important landmarks in the city. This map was engraved and published by John Luffman in his book Select Plans of the Principal Cities, Harbours, Forts, &c. in the World, volume 2 (1802). Luffman produced a number of detailed renderings of city plans and structures, as well as geographical maps of countries and regions, and published them in this atlas. The book was printed in London, the mapmaking center of the world at that time.