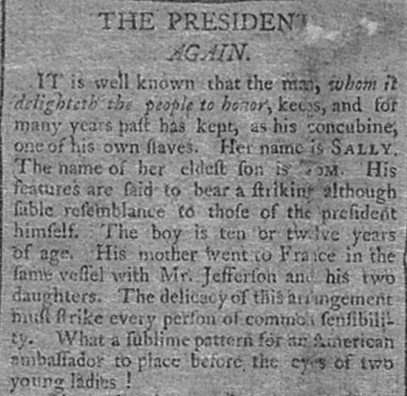 The first paragraph of an article in The Recorder; or, Lady's and Gentleman's Miscellany, a Federalist newspaper in Richmond, accuses Thomas Jefferson of keeping one of his slaves, a woman named Sally, "as his concubine" and fathering a child with her. "The President, Again" was published on September 1, 1802, while Jefferson served as president. Its author, James Thomson Callender, had once been Jefferson's own hatchet man, but with these accusations he turned on his former patron.