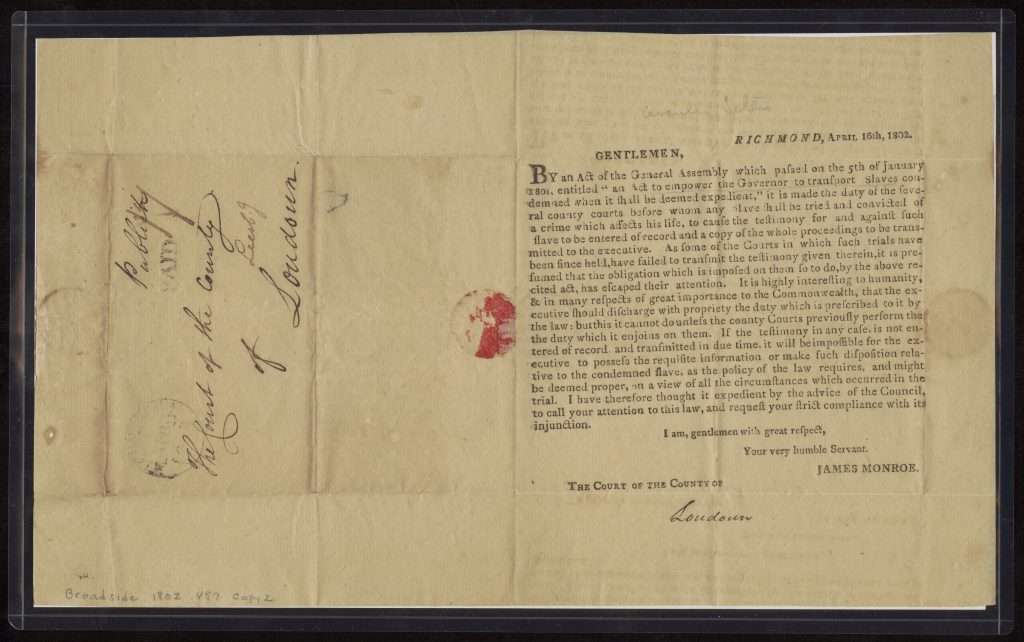 An April 16, 1802, directive from James Monroe, then governor of Virginia, reminds Loudoun County court officials to forward to the executive office a copy of the entire court proceedings, including all testimony, concerning any slave "tried and convicted of a crime which affects his life" (i.e., carries the death penalty). In response to the planned 1800 slave uprising known as Gabriel's Conspiracy, the General Assembly passed a series of measures to prevent future rebellions. Among them was the 1801 "Act to empower the Governor to transport slaves condemned when it shall be deemed expedient." Monroe sent this broadside to the county courts to remind court officials to keep him apprised of trials in which slaves were condemned to die. The governor could then choose between having the convicted slaves executed or transported out of the state.