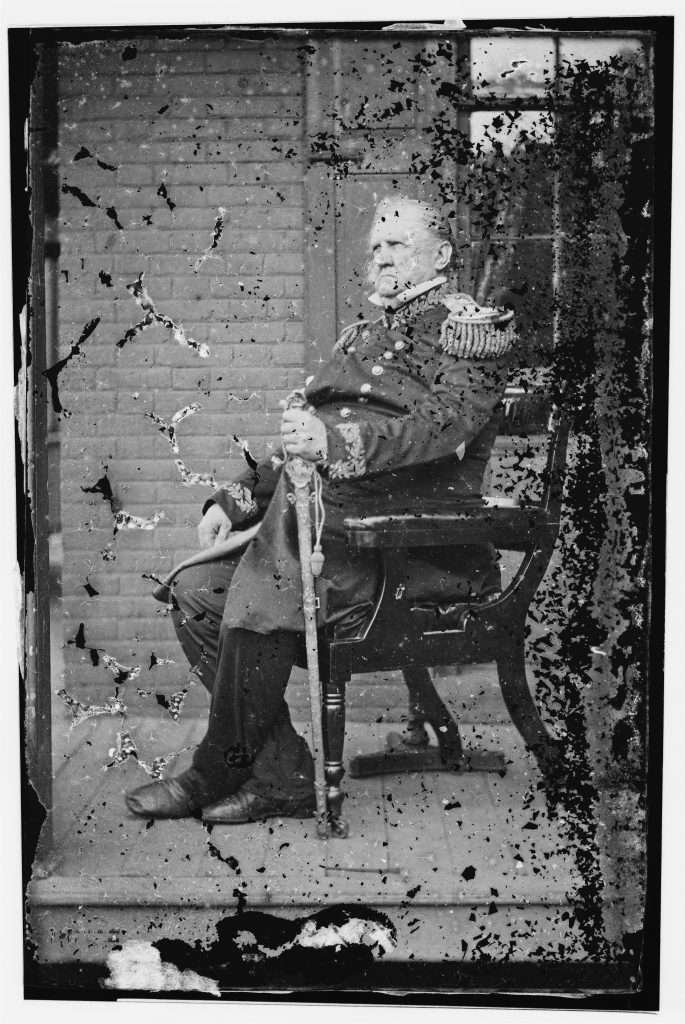 Winfield Scott, commanding general of the United States Army at the start of the American Civil War (1861–1865), sits for a portrait during the opening year of that conflict. Known as "Old Fuss and Feathers" for his equal love of discipline and pomp, Scott by 1861 had served in the military for more than fifty years and under fourteen U.S. presidents. He had been severely wounded in battle, avoided several wars with his diplomatic skills, and commanded the army that conquered Mexico City in 1847, all of which made him the most admired and famous soldier in America. When the Civil War began, the Dinwiddie County native remained loyal to the Union, and while the ravages of his advanced age and weight left him unable to mount a horse any longer, his ego and intellect were still intact. Scott's Anaconda Plan for winning the war proved to be prescient but politically out of step, and he eventually lost control of the army to general George B. McClellan. He soon retired, published a two-volume memoir in 1864, and died in 1866.