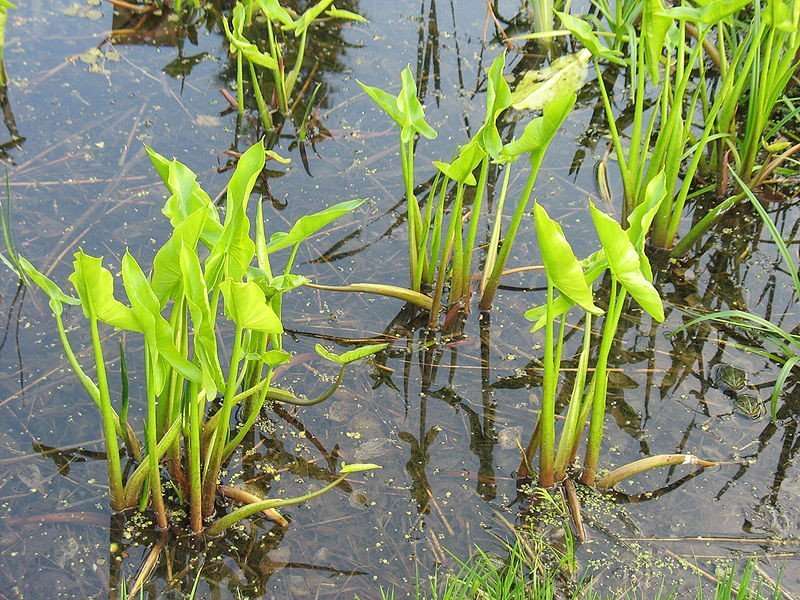 This modern photograph shows a marshland plant native to Virginia known as arrow arum (Peltandra virginica). The tubers of the plant, called tuckahoe by the Powhatan Indians, were harvested and used as a source of starch, especially during the months when corn was not available. According to the English colonist John Smith, bread made of cornmeal was preferred over bread made from tuckahoe flour.

Powhatan women and girls probably gathered the tuckahoe—a formidable task, as the tubers are buried beneath up to two feet of mud and are held fast by an extremely tough root system.