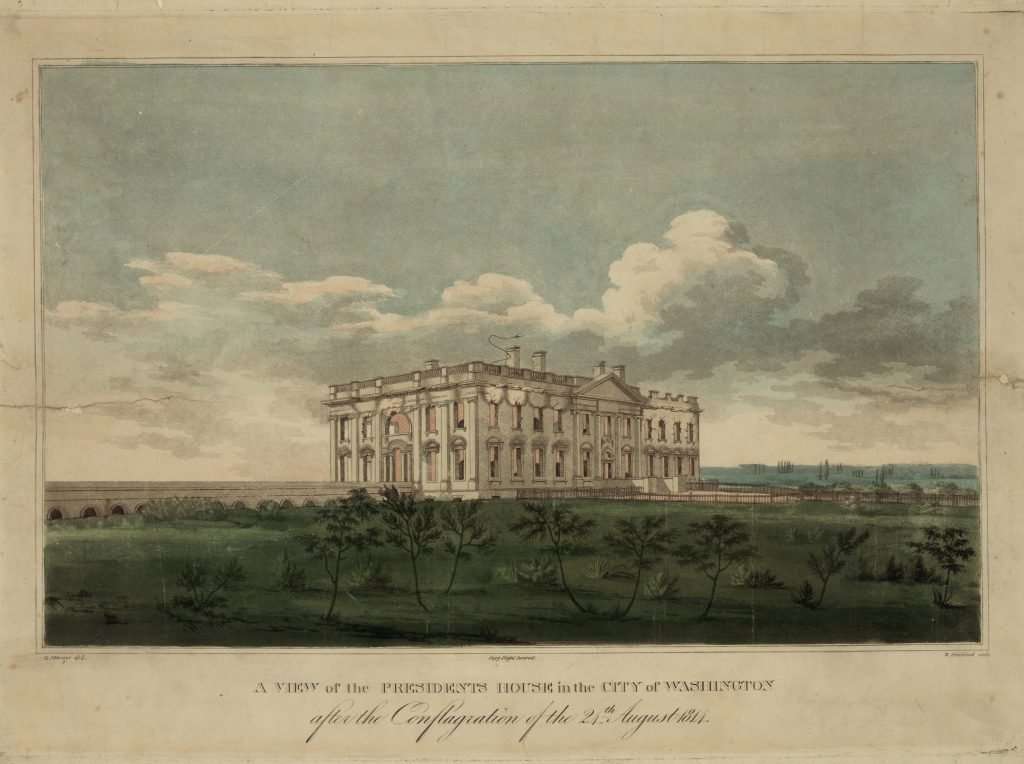 A contemporary print shows the shell of the White House after British troops burned it during the War of 1812. British sailors and marines under the command of Admiral Sir George Cockburn and General Robert Ross marched into Washington, D.C., on August 24, 1814. There they torched the White House, the U.S. Capitol, and other public buildings in retaliation for American troops having set fire to British government buildings in York (later Toronto), Canada, the previous year. President James Madison's household was forced to evacuate on August 24, when word came that the British were approaching. Admiral Cockburn took a hat belonging to President Madison and one of Dolley Madison's seat cushions as souvenirs of the raid.