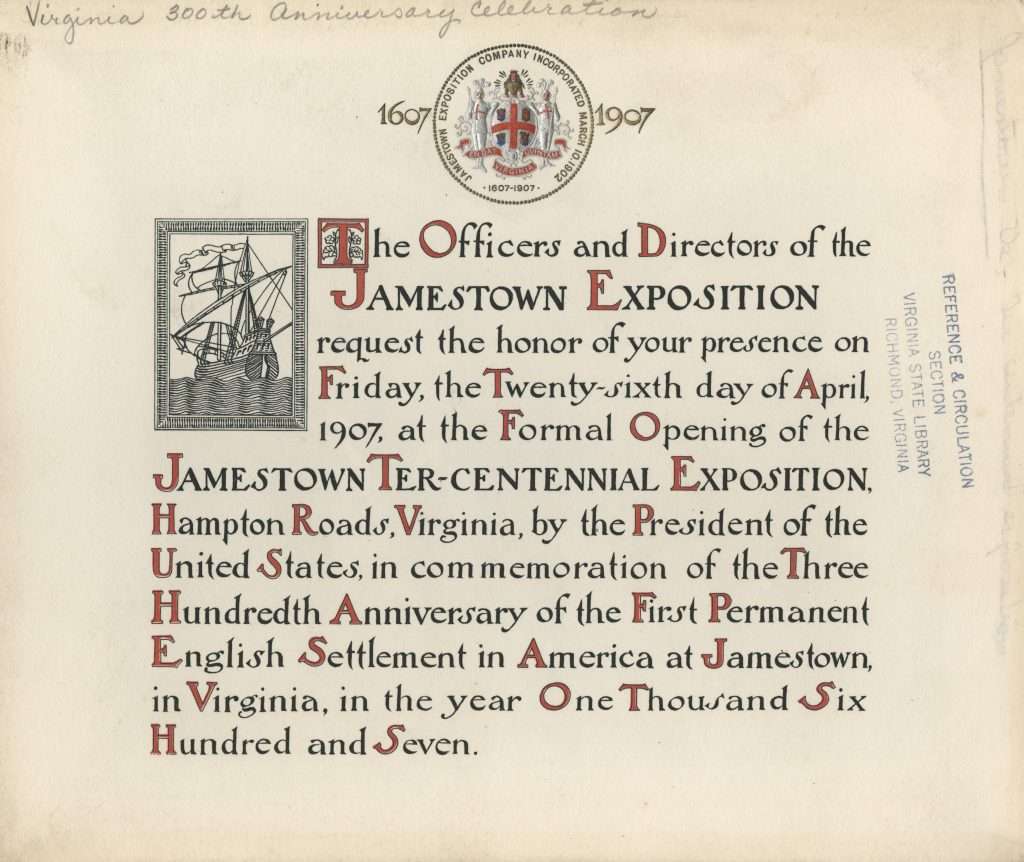 Invitation to the Jamestown Ter-Centennial Exposition

The Jamestown Ter-Centennial Exposition, from April to November of 1907, marked the three hundredth annivesary of the founding of the Jamestown colony by settlers from England. Organizers set an ambitious agenda, drawing on the successes of expositions and fairs like the 1904 World's Fair in Saint Louis, Missouri. The event itself suffered organizational and financial setbacks, however, and ultimately failed to draw its expected audience. Planners were hoping for six million visitors, but fewer than three million actually showed up. Tickets were fifty cents for adults and twenty-five cents for children, and because of low turnout the event earned only $1,070,149 against its projected revenue of $3,780,000. The financial problems led to the director's resignation mid-festival—an event that, in turn, led to a tiff between the festival board and U.S. president Theodore Roosevelt—a $2.5 million debt, and the festival ending in receivership.