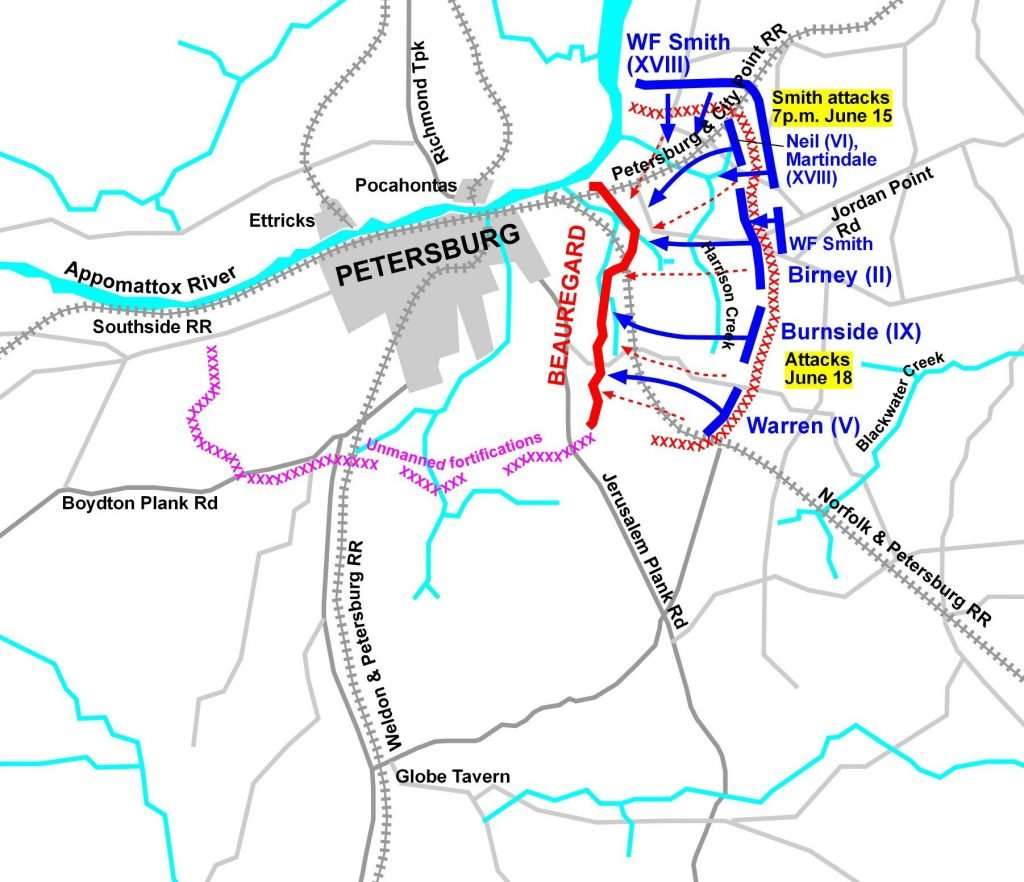 The Petersburg Campaign was one of the final campaigns in the Eastern Theater during the American Civil War (1861–1865). It began on June 15, 1864, with the sustained contest to control the city—Virginia's second largest and the supply center for the Confederate capital at Richmond—and concluded with its occupation by Union forces on April 3, 1865. This series of area and battlefield maps shows the movement of Union (blue) and Confederate (red) troops leading up to, during, and after the fighting.