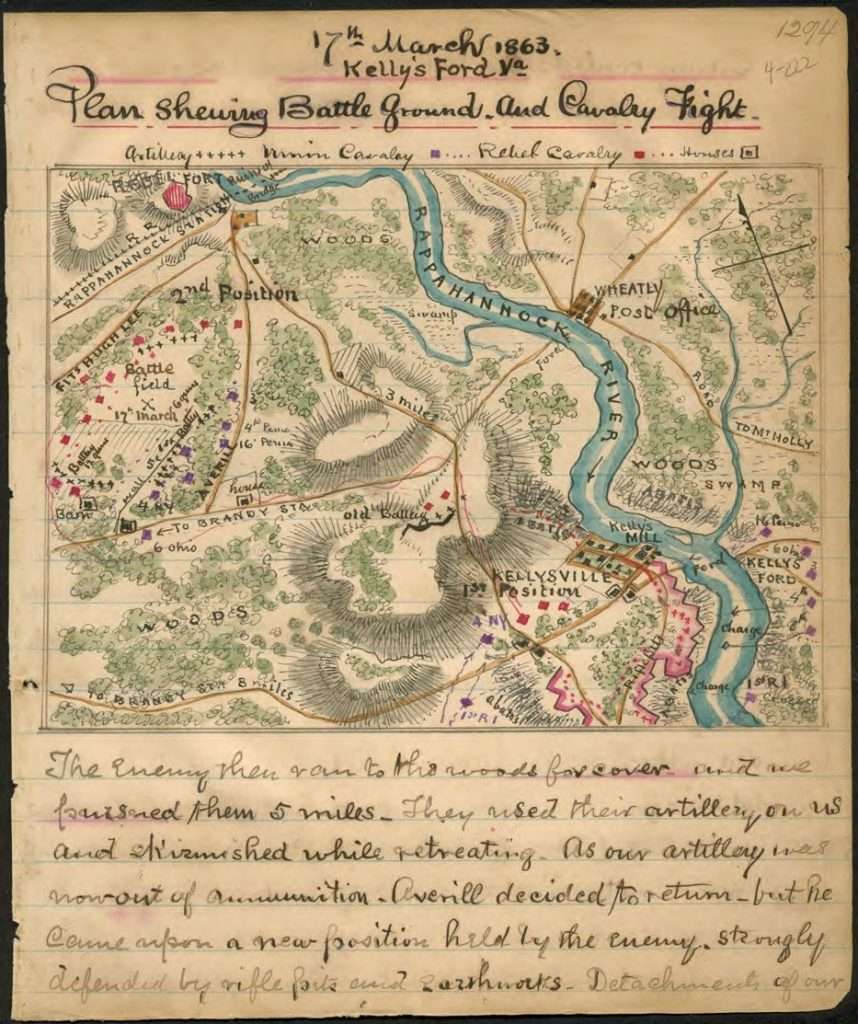 Map of the Battle of Kelly’s Ford

A watercolor and pen-and-ink map by Union private Robert Knox Sneden shows the skirmishing that took place in the area surrounding Kellysville, Virginia, and Kelly's Ford on the Rappahannock River on March 17, 1863. (Red indicates the location of Confederate forces, and blue the Union soldiers.) Confederate cavalry under generals Fitzhugh Lee and J. E. B. Stuart defended the route to Brandy Station that day against Union forces under Union general W. W. Averell. Though several Confederate cavalry charges were repulsed by artillery fire, the Union failed to press the attack and instead withdrew to the north bank of the Rappahannock.