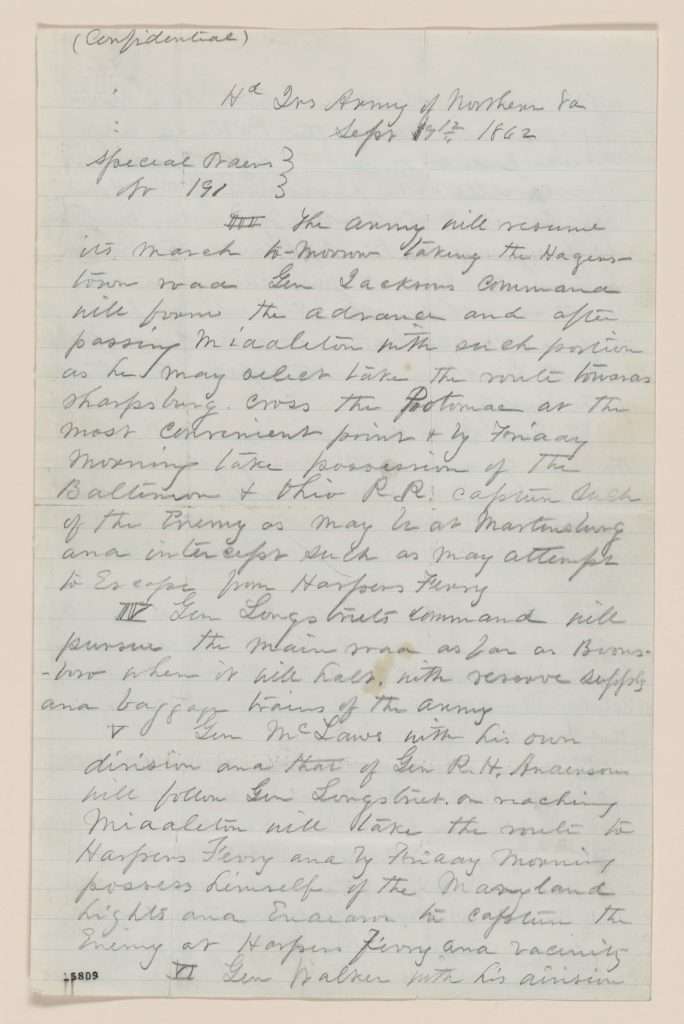 The first page of a copy of Special Orders No. 191, written by Confederate general Robert E. Lee and dated September 9, 1862, directs the movements of the Army of Northern Virginia, then concentrated in Frederick, Maryland. With these orders, Lee sent two-thirds of his force back to Virginia to surround and capture the Union garrison at Harpers Ferry. A copy of the orders was lost and then found by a Union corporal in an abandoned Confederate campsite outside Frederick on September 12. The document, which came to be known as the Lost Order, played a role in Union general George B. McClellan's decision to attack the Confederates at South Mountain on September 14. The battle nearly led to Lee's retreat from Virginia.
FEATURED IN