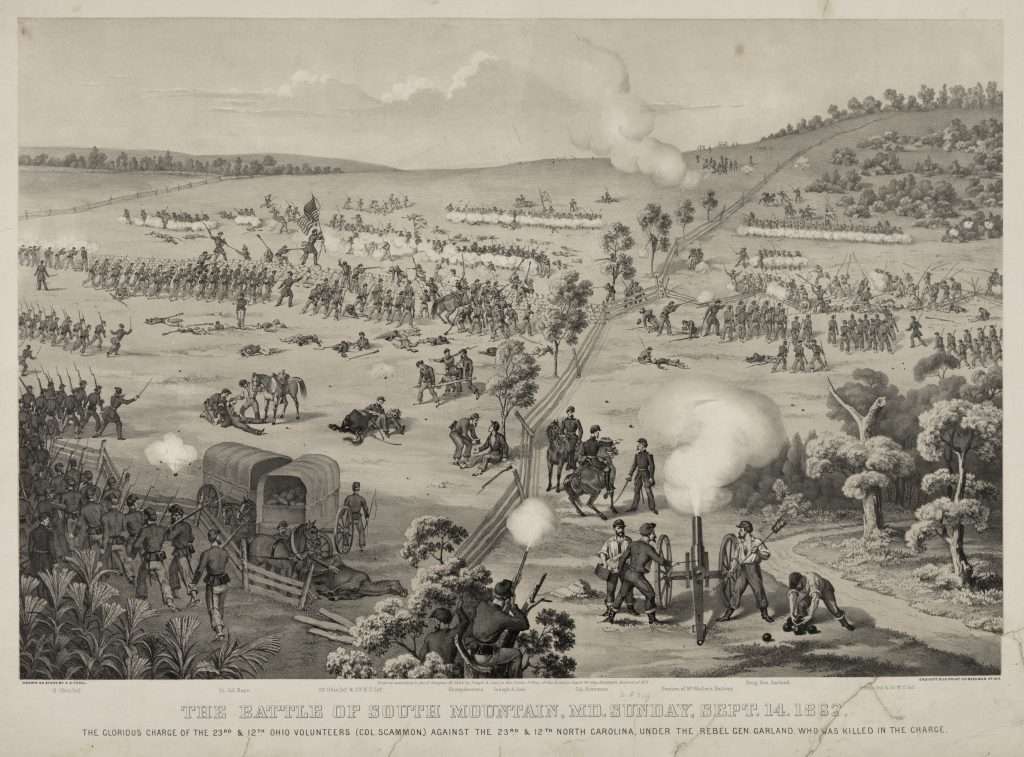 An 1864 lithograph portrays the "glorious charge" of Ohio infantrymen against North Carolinian troops in a battle that took place at Fox's Gap on South Mountain in Maryland, on the morning of September 14, 1862. The Ohio brigade was under the command of Colonel Eliakim P. Scammon, and serving beneath him that day were two future U.S. presidents, William McKinley and Rutherford B. Hayes. Hayes was shot in the arm during the attack and can be seen in the left foregound of the print being tended to next to his horse. (The artist misspelled Hayes's name in the identifications beneath the image.) Samuel Garland, the thirty-one-year-old Confederate general in command, was killed during the battle and his men scattered in confusion.