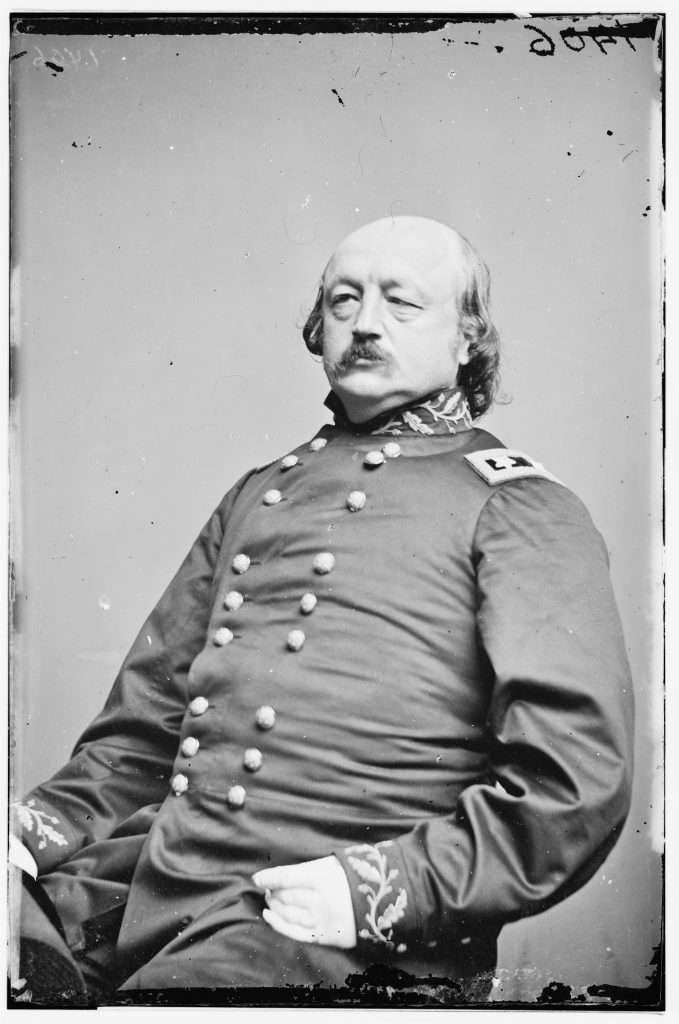 Benjamin F. Butler was a controversial, self-aggrandizing, and colorful politician who served as a Union general during the American Civil War (1861–1865). Born in New Hampshire, Butler was a state politician in Massachusetts and served as a delegate to the Democratic National Convention in 1860, where he briefly supported Jefferson Davis. Always popular, he was nevertheless dogged by charges of corruption, abuse of power, and, when he accepted a general officer's commission from Abraham Lincoln in 1861, incompetence. Even his appearance inspired commentary. A Union staff officer penned in his diary how Butler cut "an astounding figure on a horse! Short, fat, shapeless; no neck, squinting, and very bald headed, and, above all, that singular, half defiant look."