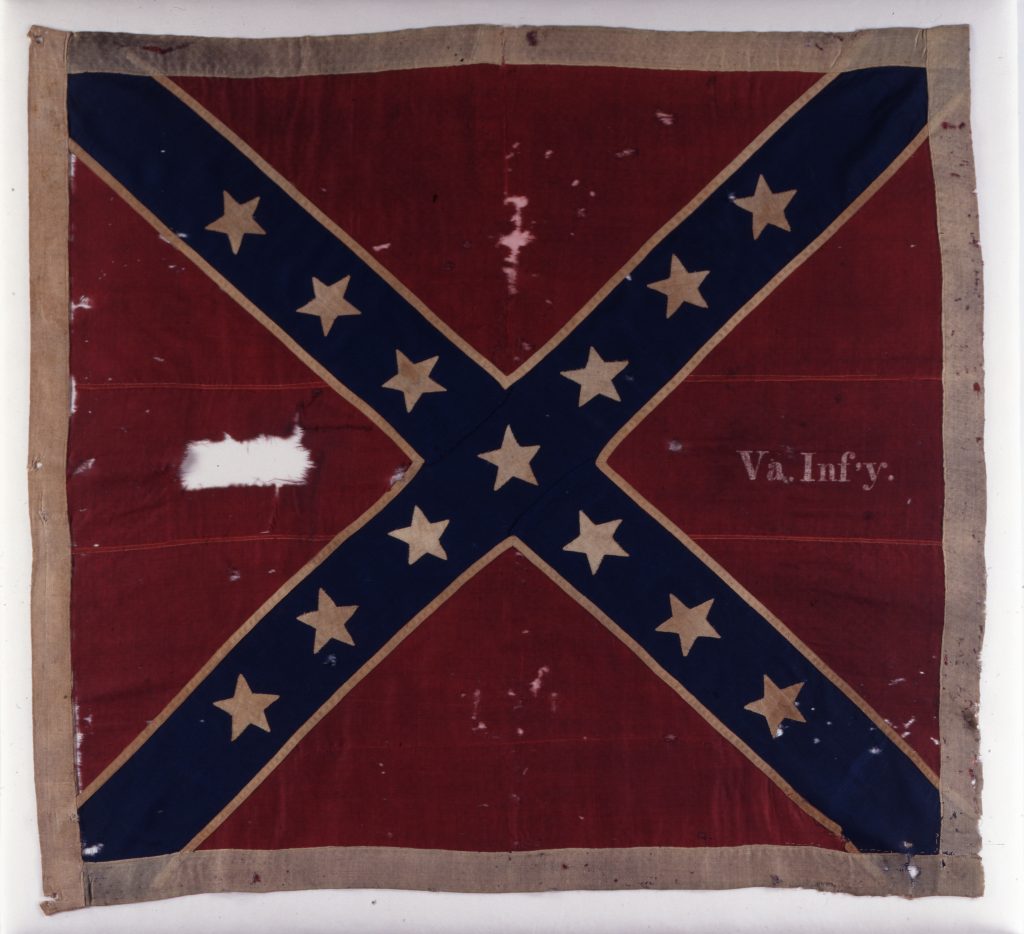 Bullet holes as well as moth damage are visible in this wool and cotton flag of the 19th Virginia Infantry. The flag was captured by Private Benjamin Falls of the 19th Massachusetts Infantry during Pickett's Charge, on the third day of the Battle of Gettysburg. John Coski, historian and director of library and research at the Museum of the Confederacy, has written that "Falls reached for what he believed to be the abandoned battle flag of the 19th Virginia Infantry at the stone wall, only to discover that it was still in the grasp of a wounded Confederate soldier. Falls pointed his bayonet at the soldier, forcing him to surrender the flag." Falls was later awarded the Medal of Honor for his action. The large rectangular piece missing from the left side of the flag once contained the unit designation; it was doubtless removed as a souvenir by Falls or by someone at the U.S. War Department where the flag was deposited.

In the summer of 1861, the 19th Virginia Infantry Regiment was organized, recruiting most of its members from Charlottesville and Albemarle County. The unit served with the Army of Northern Virginia all the way through to the Appomattox Campaign (1865), including at Pickett's Charge (1863), where it lost 60 percent of its men. Of the approximately 1,600 men who served in the 19th Virginia's ranks over the course of the war, only 30 were left to surrender at the Battles of Sailor's Creek on April 6, 1865, just three days before Robert E. Lee surrendered to Union general-in-chief Ulysses S. Grant.