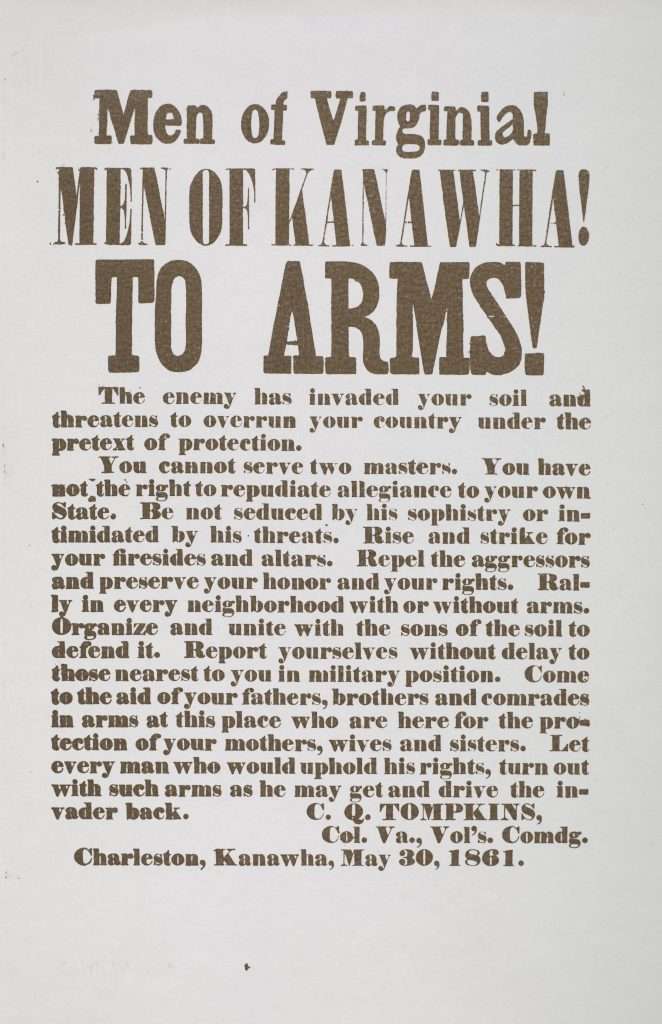 An Appeal to the Men of Western Virginia

A May 30, 1861, broadside issued by Colonel C. Q. Tompkins, commanding colonel of volunteer forces in Kanawha County in western Virginia, urges the men of that region to "rise and strike for your firesides and altars" against the Yankee enemy who has "invaded your soil and threatens to overrun your country under the pretext of protection." This Confederate call to arms was printed in Charleston, Virginia (later West Virginia), four days after Union troops commanded by George B. McClellan had invaded northwestern Virginia. Though Virginia voters had overwhelmingly approved the Ordinance of Secession (thereby joining the Confederacy) the previous week, there were major pockets of dissent. This was true especially in the northwestern portion of the state, where several antisecession conventions were held.

In August 1861, a pro-Union political convention in the city of Wheeling approved an ordinance to form out of the western counties a new state called Kanawha. During the political wrangling that followed the state was renamed West Virginia. On June 20, 1863, West Virginia was officially declared the thirty-fifth state in the United States.