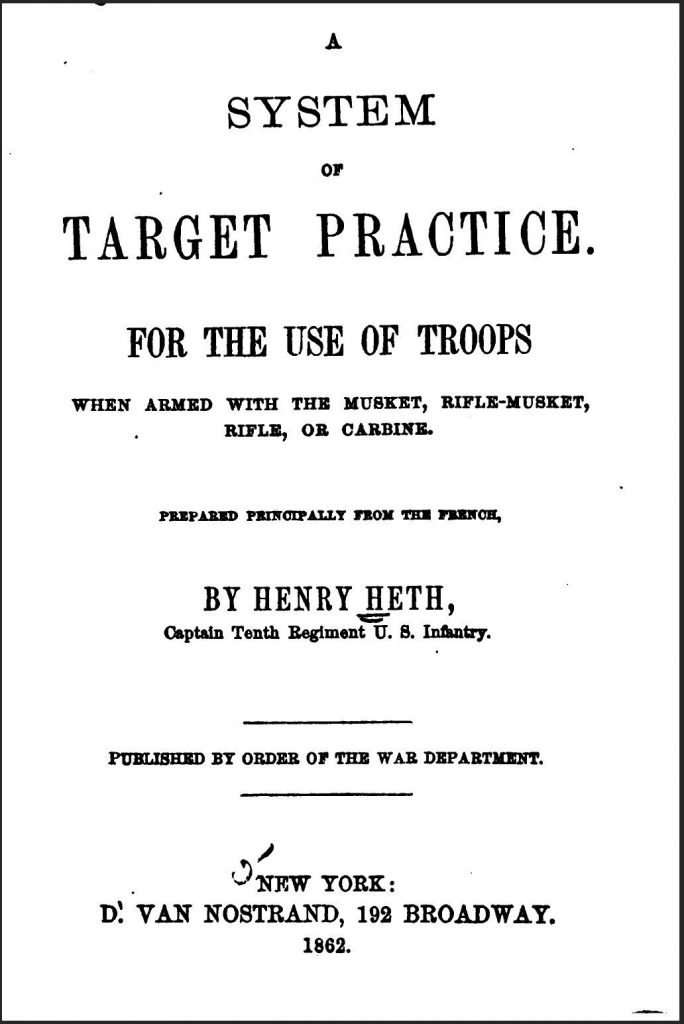 A System of Target Practice

A System of Target Practice was the U.S. Army's first marksmanship manual, printed in New York by D. Van Nostrand "by Order of the War Department." Its author, Virginian Henry Heth, was a captain in the 10th Infantry at the time of its writing in 1858. By the time of publication, however, Virginia had seceded from the Union, and Heth had resigned his U.S. Army commission and assumed command of the 45th Virginia Infantry Regiment.