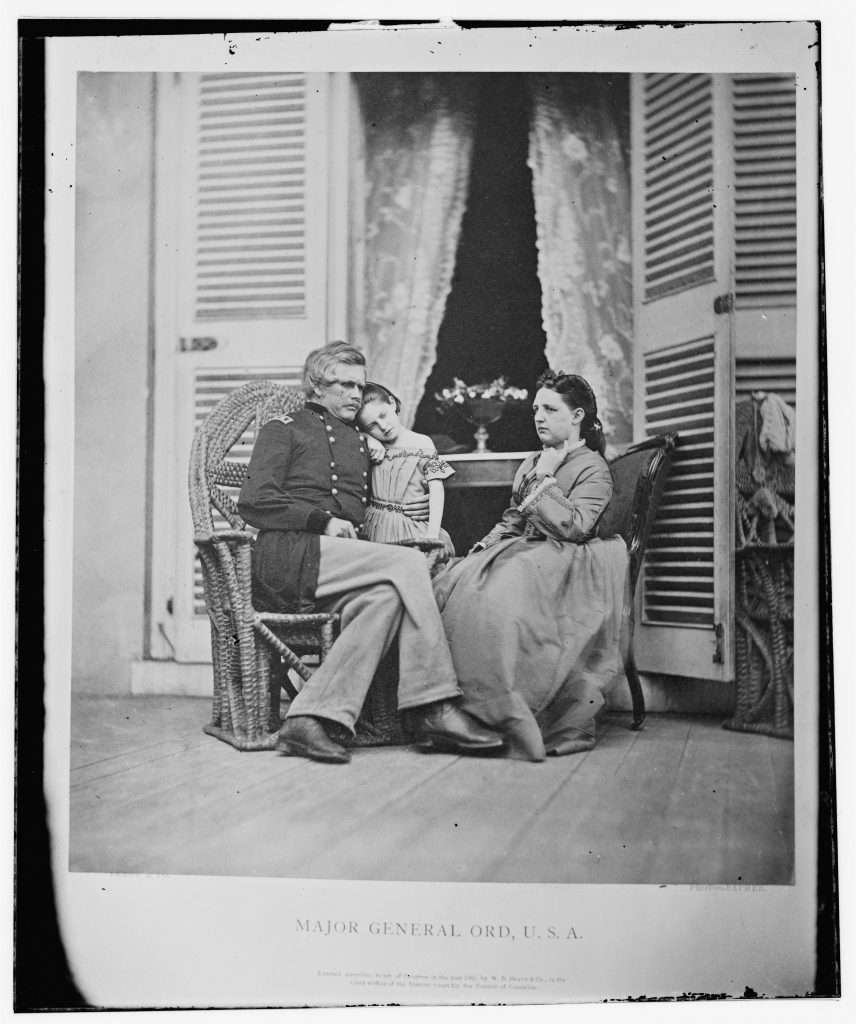 Union general E. O. C. Ord is pictured on the porch of Jefferson Davis's former Richmond residence with his wife Mary and one of his eventual thirteen children. Ord commanded the Army of the James and the Department of Virginia during the Appomattox Campaign, leading his troops on an overnight march to Appomattox Court House on April 9 that helped force Robert E. Lee's surrender. The table in the background of this photograph is believed to have been in the parlor where Lee and Ulysses S. Grant famously came to terms.