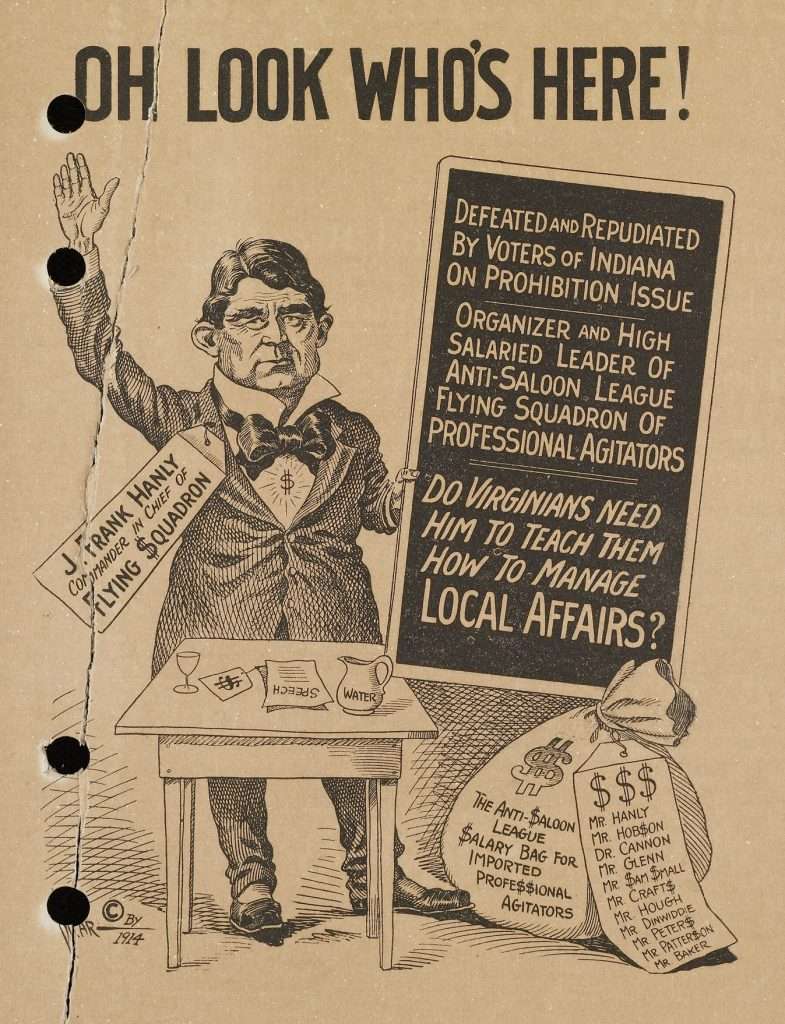 An anti-Prohibition political cartoon from 1914 mocks James Franklin Handy (1863–1920), former governor of Indiana and prominent figure in the national Prohibition movement. The cartoon ridicules Handy for being part of the Anti-Saloon League's "Flying Squadron of Professional Agitators," and lists prominent dry Bishop James Cannon of Virginia among its targets. Handy would go on to lose a race for U.S. president in 1916 as the candidate of the Prohibition Party.