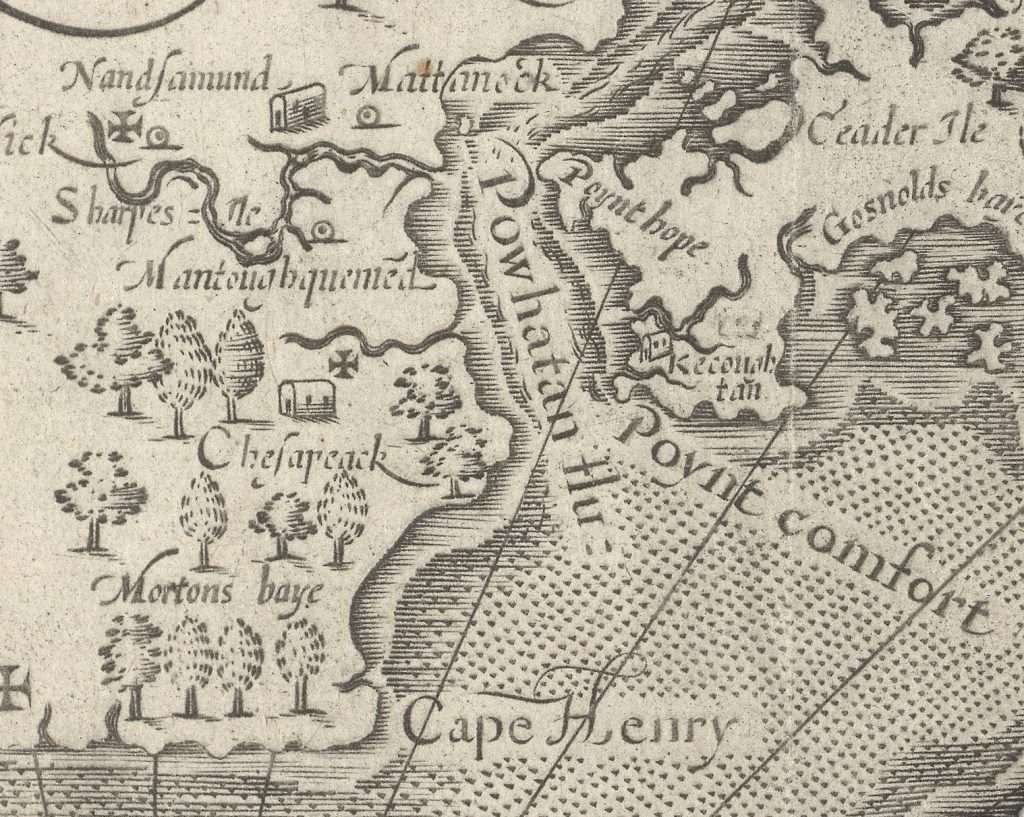 A detail from John Smith's map published in his The Generall Historie of Virginia, New-England, and the Summer Isles (1624) shows "Poynt comfort" at the southern end of the Virginia peninsula where the James River empties into the Chesapeake Bay. The locations of a number of nearby Virginia Indian groups, including the Kecoughtan, the Chesapeake, and the Nansemond, are also visible on Smith's map.