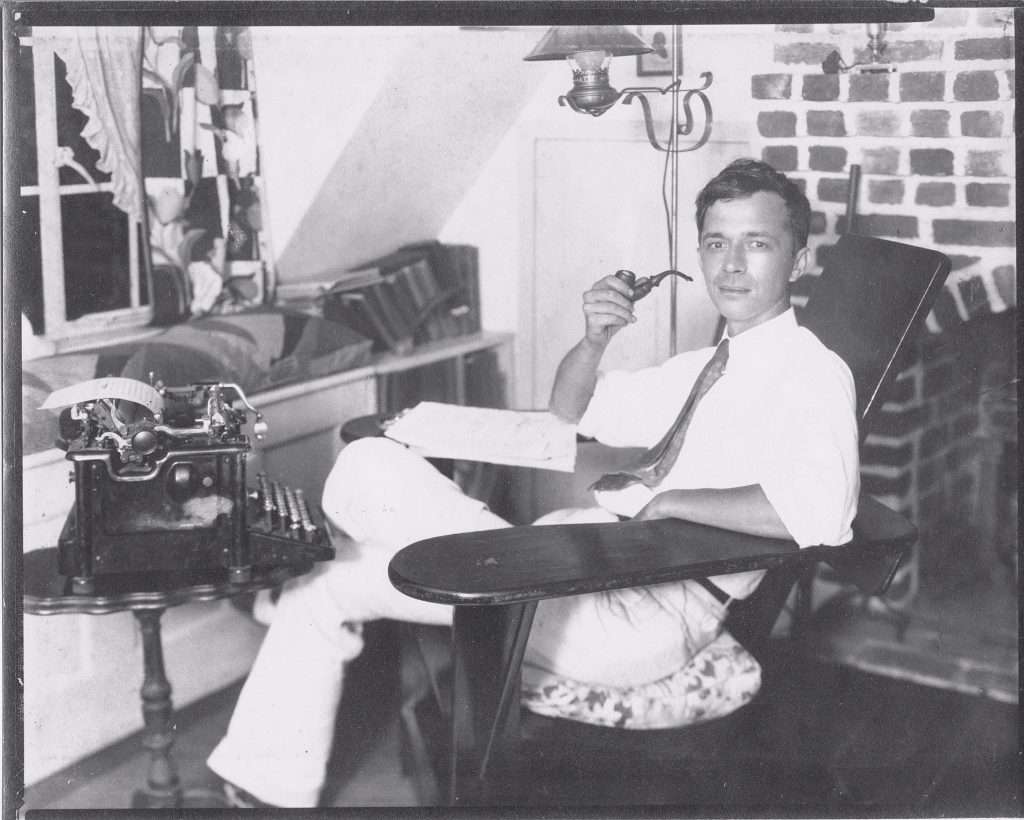 An undated photograph shows a young Will F. Jenkins at work on his writing. One of the most prolific fiction writers of the twentieth century, Jenkins published in several genres, but was best known for his pioneering science fiction written under the penname Murray Leinster. He published approximately 1,800 stories in more than 150 periodicals and 74 novels and collections in a career that began in 1913 and ended in 1974. An avid inventor whose gadgets sometimes appeared in his stories, Jenkins wrote about mad scientists, criminal masterminds, alien invasions, and time travel. A 1946 story imagined personal computers and a network that closely resembles today's Internet. "First Contact" (1945) depicts a tense standoff between two spaceship crews, each fearing the other's intent.

Jenkins was born in Norfolk, Virginia, on June 16, 1896. Although he had no formal education beyond the eighth grade, he was a voracious reader with a fascination for science and technology. He published his first work, a tribute to Confederate general Robert E. Lee, in the Norfolk Virginian-Pilot in 1913. Jenkins lived most of his life in Gloucester County in an area known as Clay Bank on the York River, and a handful of his stories were either set in Virginia or inspired by his life there. In "Sidewise in Time" (1934), a Fredericksburg professor encounters time shifts and a parallel universe in which the Confederacy won the American Civil War. Jenkins, who suffered from Alzheimer's disease, died in Gloucester in 1975.