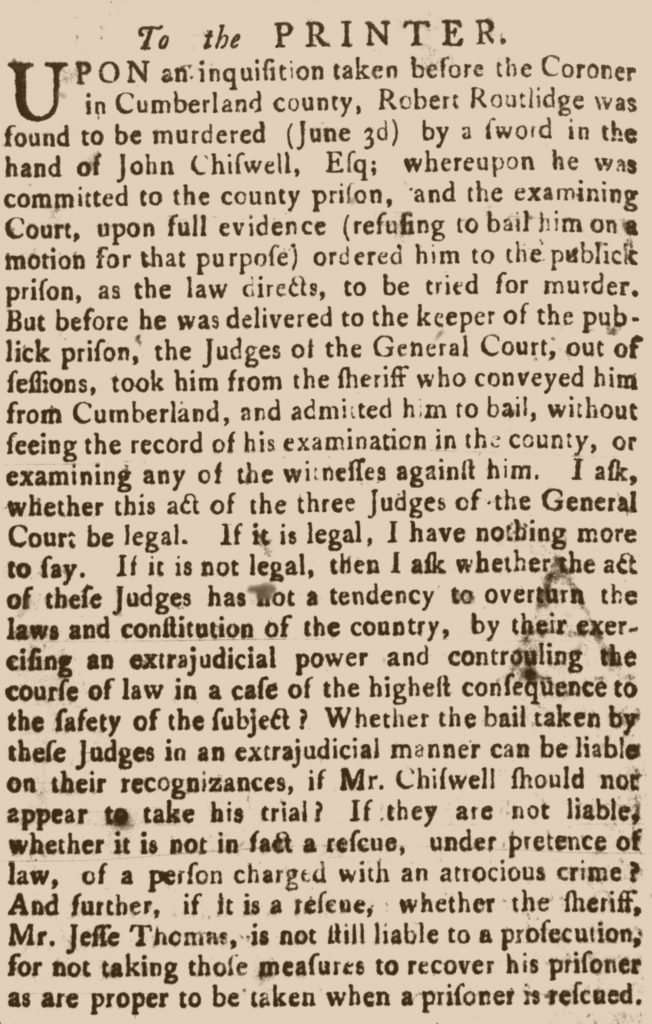 An unsigned article in the Virginia Gazette published on June 20, 1766, accuses the judges of the General Court of unlawfully granting bail to a man officially charged with murder. Robert Bolling, a poet, a member of the House of Burgesses (1761–1765), the sheriff of Buckingham County, and a member of the county court (1761–1775), was the author of this indictment against three members of the court, writing of them, "I ask whether the act of these judges has not a tendency to overturn the laws and constitution of the country, by their exercising an extrajudicial power … " The judges had interceded on behalf of their friend John Chiswell, who'd been charged with killing a man with a sword. William Byrd III (1728–1777), one of the judges, was so enraged by the newspaper article that he sued Bolling for libel. Byrd subsequently challenged Bolling to a duel, but a few hours before the duel was to take place both men were arrested and jailed. After being bound over to keep the peace they were released.