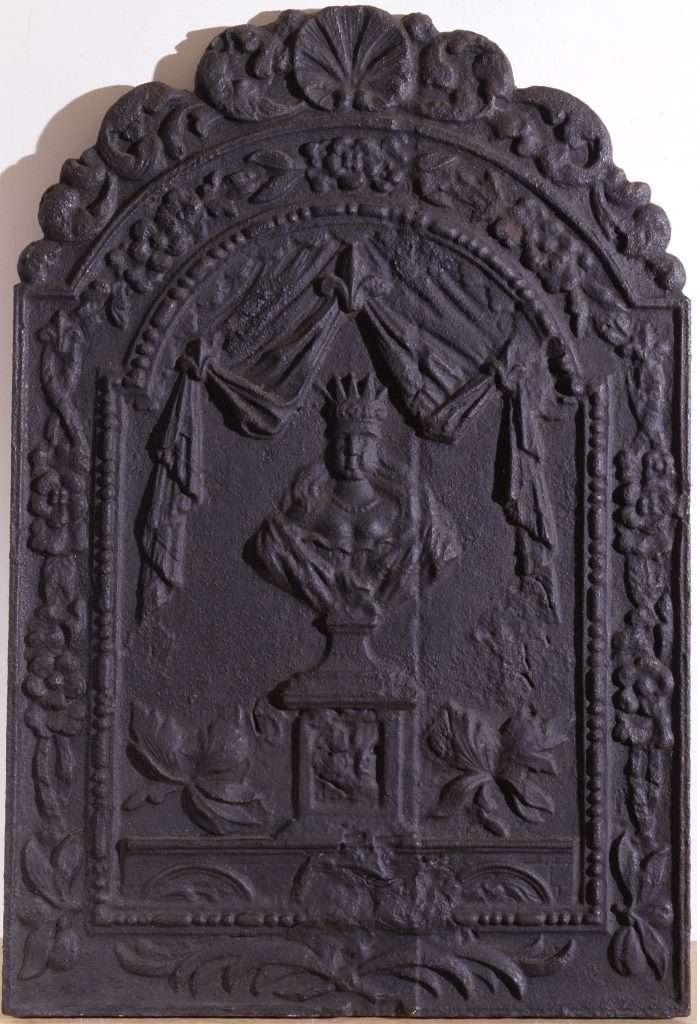 This circa 1730 cast-iron fireback is decorated at center with a crowned Indian princess, a figure based on one of Virginia's colonial seals. Found during excavations at the site of Lieutenant Governor Alexander Spotswood's mansion in Germanna, Spotsylvania County, the fireback was probably made from iron manufactured in the ironworks he had established there. Spotswood built the South's first ironworks and imported Germans with mining and manufacturing skills to man it; thus, the community they lived in, which was the most westerly settlement in Virginia at the time, was called Germanna.

A fireback was not just a decorative piece. The panel of thick iron was placed at the back of a fireplace, and once it was heated by fire, it would radiate warmth back into the room.