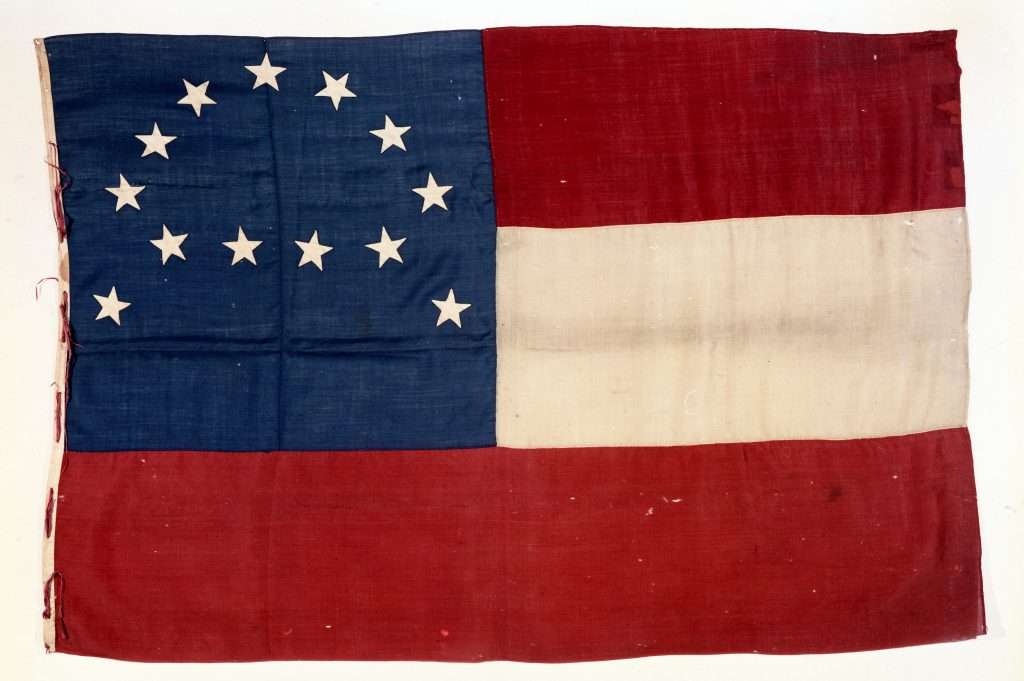 This wool and cotton banner served as the headquarters flag for Confederate general Robert E. Lee from June 1862 until the summer of 1863. Believed to have been sewn by Lee's wife, Mary Custis Lee and the couple's daughters, its design is similar to the First National Flag, or the "Stars and Bars," which featured red and white horizontal bars and white stars on a blue canton. The Stars and Bars looked so similar to the United States flag it confused Confederate forces into firing on their own men at the First Battle of Manassas (1861).

The flag's thirteen stars represent the eleven states of the Confederacy, along with Missouri and Kentucky, which remained in the Union but had significant secessionist factions. On Lee's headquarters flag, the stars are arranged in the so–called Bread of Life pattern. According to the historian Joseph H. Crute Jr. the pattern represents the Ark of the Covenant and was "symbolic of the Bread of Life which is the symbol of spiritual nourishment." The scholar Robert N. Rosen further argues that such imagery is "consistent with Southerners' fascination with ancient Israel" and Old Testament symbols.

The flag may have suggested Lee's own religious conviction, a somber brand of evangelical Protestantism he embraced in the 1850s after the deaths of his beloved mother–in–law and favorite sister and which left him dejected and self–critical. Lee replaced this banner with a new headquarters flag after the Confederate government adopted the Second National Flag in May 1863.