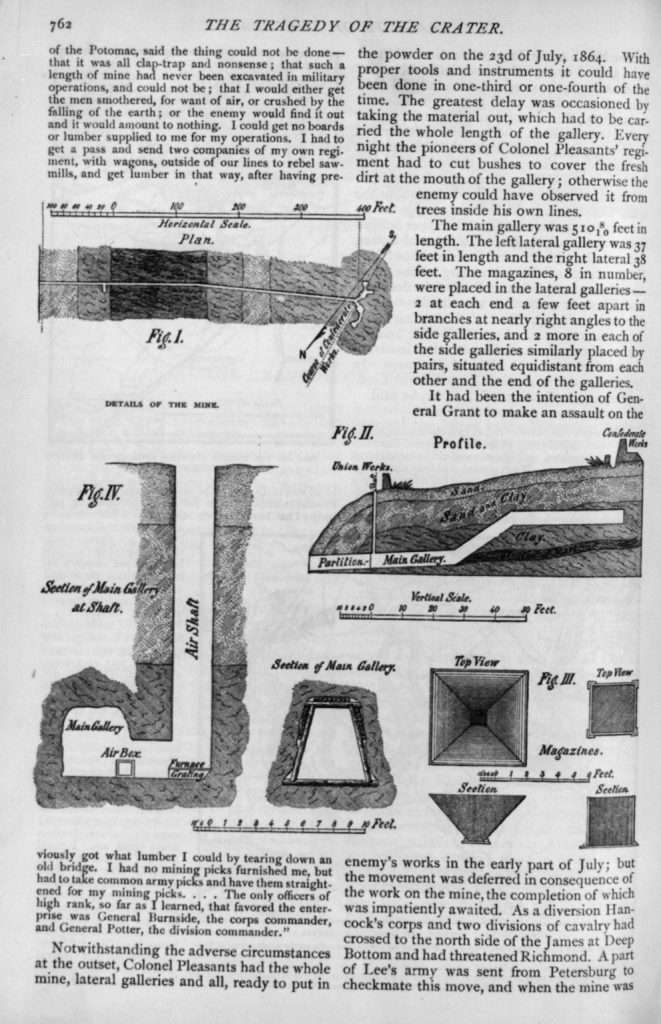 Schematics of the Mineshaft from the Battle of the Crater

These schematic drawings, which appeared in the Century magazine in 1887, show the design of the famous mineshaft at the Battle of the Crater outside Petersburg, Virginia. For weeks, Pennsylvania miners in Union general Ambrose E. Burnside's Ninth Corps quietly dug the 511-foot-long mine so that its terminus sat under the Confederate lines. Then they packed it with four tons of explosives and, early on the morning of July 30, 1864, blew it up. In the words of a Maine soldier, the sky was filled with "Earth, stones, timbers, arms, legs, guns unlimbered and bodies unlimbed." The battle that followed was a bitter defeat for Union forces, and the siege of Petersburg lasted another eight months.