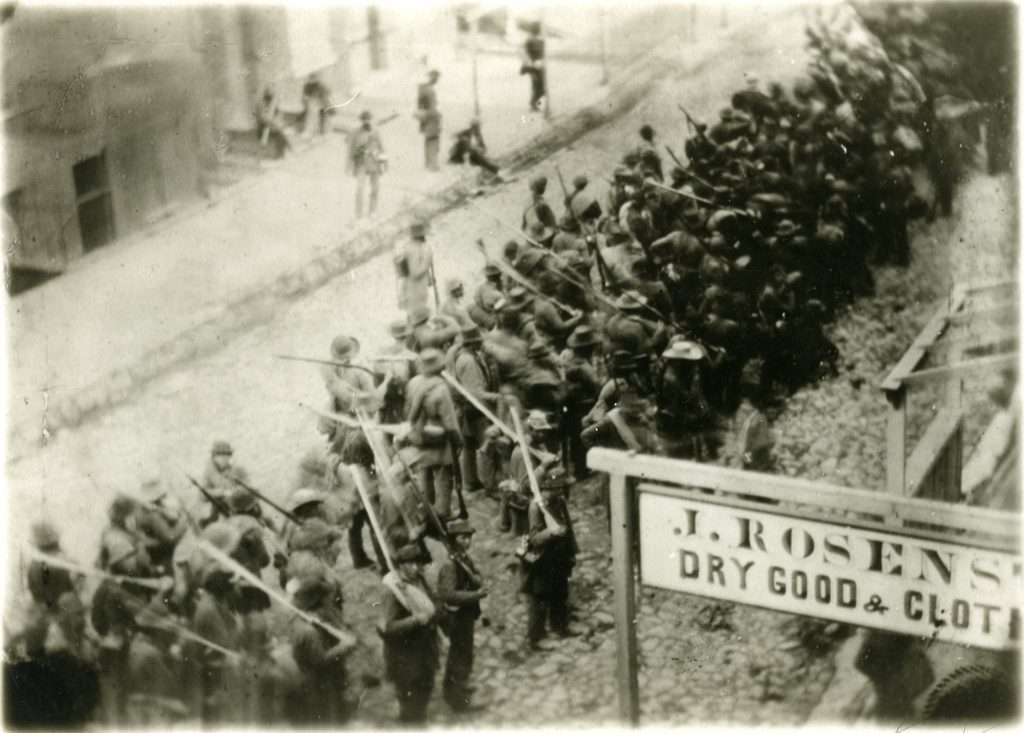 Confederate infantrymen, members of the Army of Northern Virginia, pause at the corner of Market and Patrick streets (an intersection known as the Square Corner) in Frederick, Maryland. This candid image was probably taken on September 12, 1862, two days prior to the Battle of South Mountain, by an unknown photographer who was perched on the second floor above Jacob Rosenstock's Dry Good & Clothing Store. This is believed to be the only extant photograph of Confederate soldiers marching in columns.