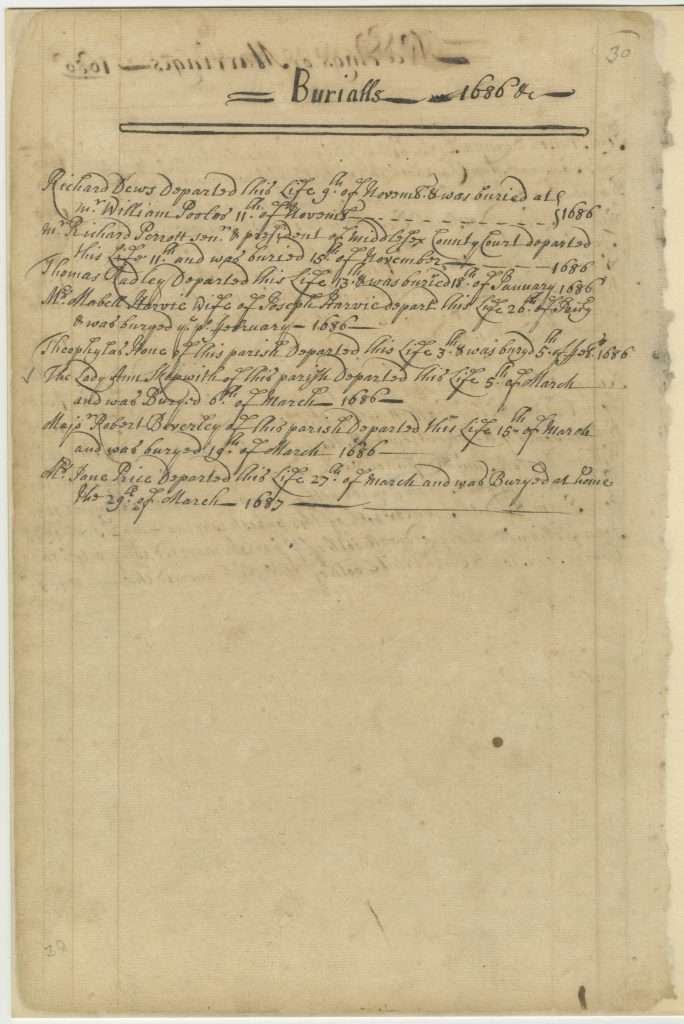 A page from the parish register of Christ Church in Middlesex County records the deaths and burials of its congregants in the year 1686. Included among the list of eight deaths is that of Major Robert Beverley, clerk of the House of Burgesses from 1677 until his death. He is listed here as having died on March 15, 1686; he was buried four days later. This date reflects the Old Style calendar that preceded the adoption of the Gregorian calendar in the colonies in 1752. According to the old calendar, the new year began on March 25, rather than January 1; thus, Beverley's death was listed as having occurred in 1686. Under the current calendar, however, his death and burial took place in 1687. (Note that Jane Price, the next name in the register, died twelve days after Beverley, but because the date was after March 25, her death was listed as having occurred in 1687.) This handwritten parish register covers the years from 1653 until 1812.