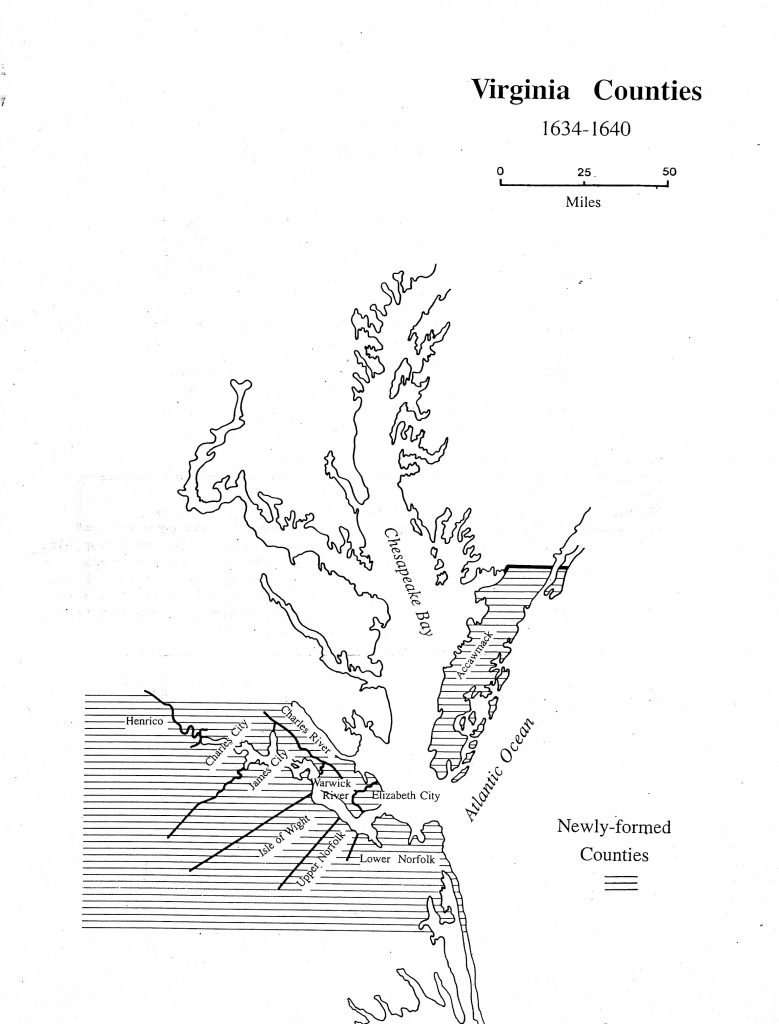 This map shows the division of Virginia into counties for the purpose of governance, and the evolution of those districts from 1634 to 1640. The counties were originally called shires, the name used for similar governmental districts in England. The eight orginial shires were James City, Henrico, Charles City, Elizabeth City, Warwick River, Warrosquyoake (later called Isle of Wight), Charles River, and Accawmack. The counties of Lower Norfolk and Upper Norfolk, formed from Elizabeth City County in 1637, also appear on the map. This map was published in the 2003 edition of the book Atlas of County Boundary Changes in Virginia 1634–1895 (1987) by Michael F. Doran.