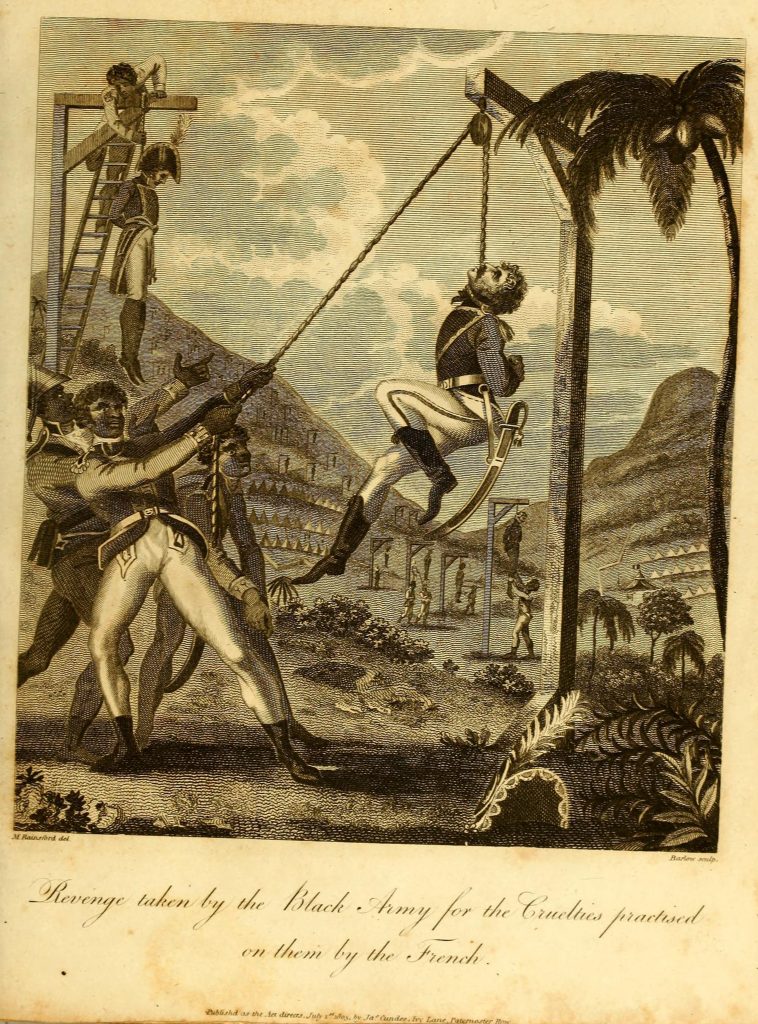 Members of the Black Army, a group of enslaved rebels and free people of color, hang French officers during a slave uprising that began in the French colony of Saint-Domingue in 1791. This engraving is one in a series that appears in the book An Historical Account of the Black Empire of Hayti, by Marcus Rainsford. (The title page identifies Rainsford as "Late Captain Third West-Indian Regiment"—a British regiment that was stationed in Saint-Domingue during the rebellion.) Rainsford's history of the island was published in 1805, the year after Saint-Domingue officially became Haiti. The engravings, created by either J. Barlow or the author, are some of the most powerful evocations of the successful slave revolution that ended with the creation of Haiti, the first independent nation in Latin America. News of the revolution increased anxiety among Virginia slaveholders who feared the effect it might have on the enslaved population of the United States.