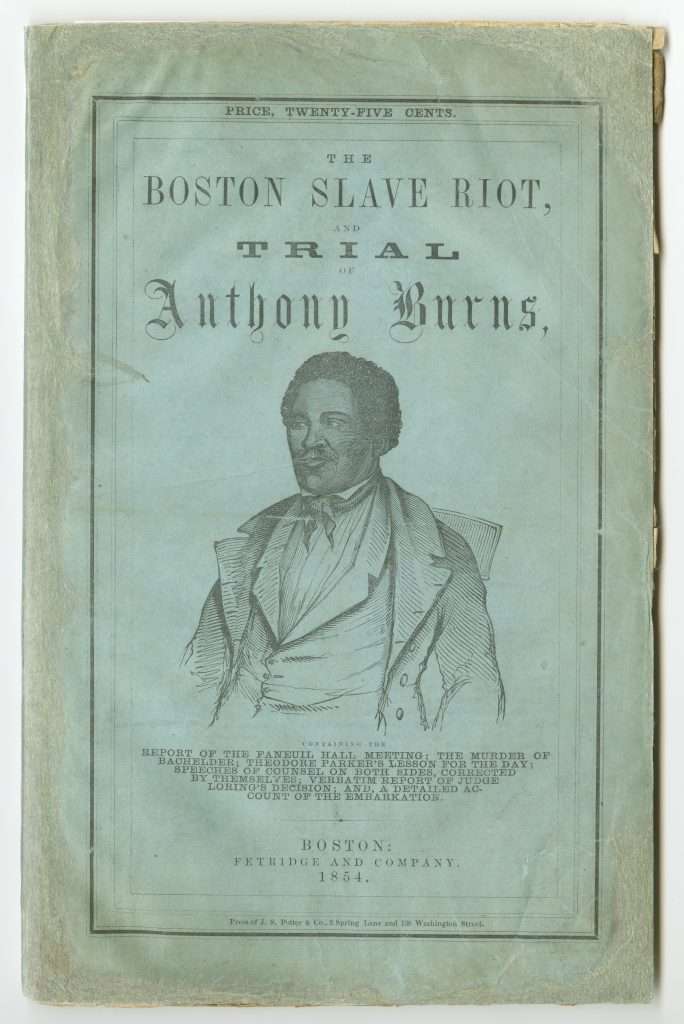 The Boston Slave Riot, and Trial of Anthony Burns

The cover of a pamphlet titled The Boston Slave Riot and Trial of Anthony Burns features an image of Anthony Burns, the runaway slave from Virginia who was prosecuted in the spring of 1854 under the provisions of the Fugitive Slave Act (1850). The presiding judge, Edward Greely Loring, ruled in favor of the slave owner and ordered Burns back to Virginia. This eighty-six-page pamphlet covered the trial and the surrounding events in detail—the protest at Faneuil Hall, the death of a guard in the midst of a failed attempt to rescue Burns, the legal arguments on both sides, the decison rendered by the judge, and the forced "embarkation" of Burns to Virginia. Thousands watched as Burns, under heavy guard, was marched through the streets of Boston to the wharf. The procession was greeted with "cries of Shame! shame! … hisses, groans"; at one point there was "a shower of cayenne pepper … or some other noxious substance" and "a bottle, containing a liquid, believed to be vitriol," was hurled from a building like a "missile." Despite the protests, Burns was delivered to the ship "and taken to the cabin out of sight of the crowd." About an hour later the steamer departed.