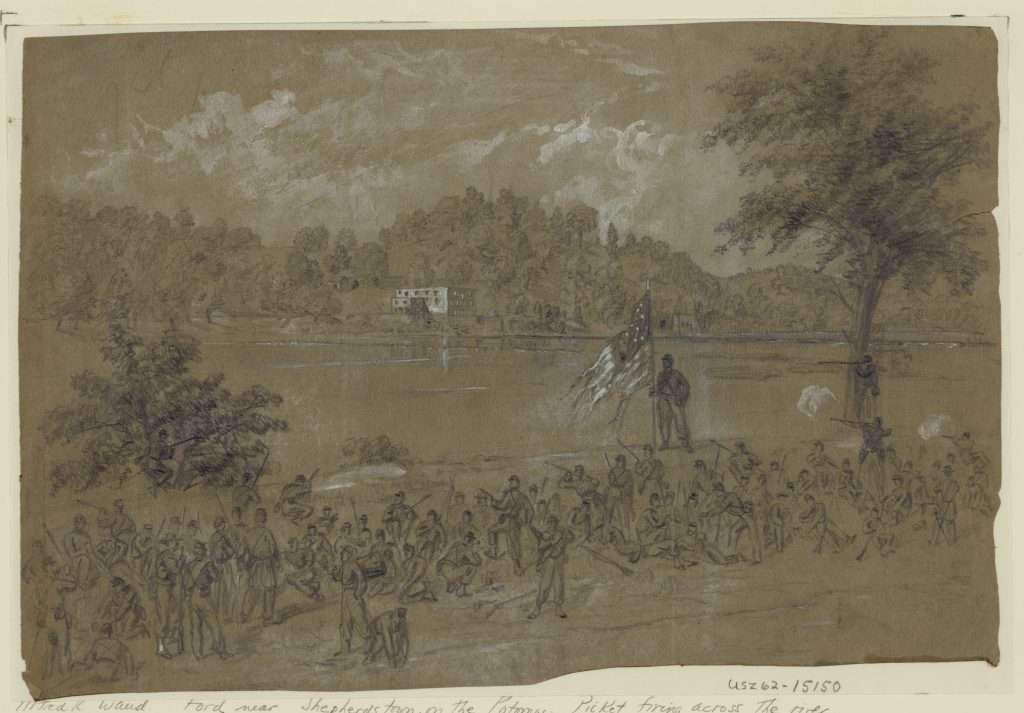 A standard bearer holds a tattered American flag aloft as Union pickets fire on Confederate forces across the Potomac River at Shepherdstown Ford in September 1862. This pencil and Chinese white sketch was made by Alfred R. Waud, an on-the-scene artist for Harper's Weekly. The sketch was the basis for an engraving that appeared on the cover of the October 11, 1862, issue of the magazine, which covered the events surrounding the Battle of Antietam.