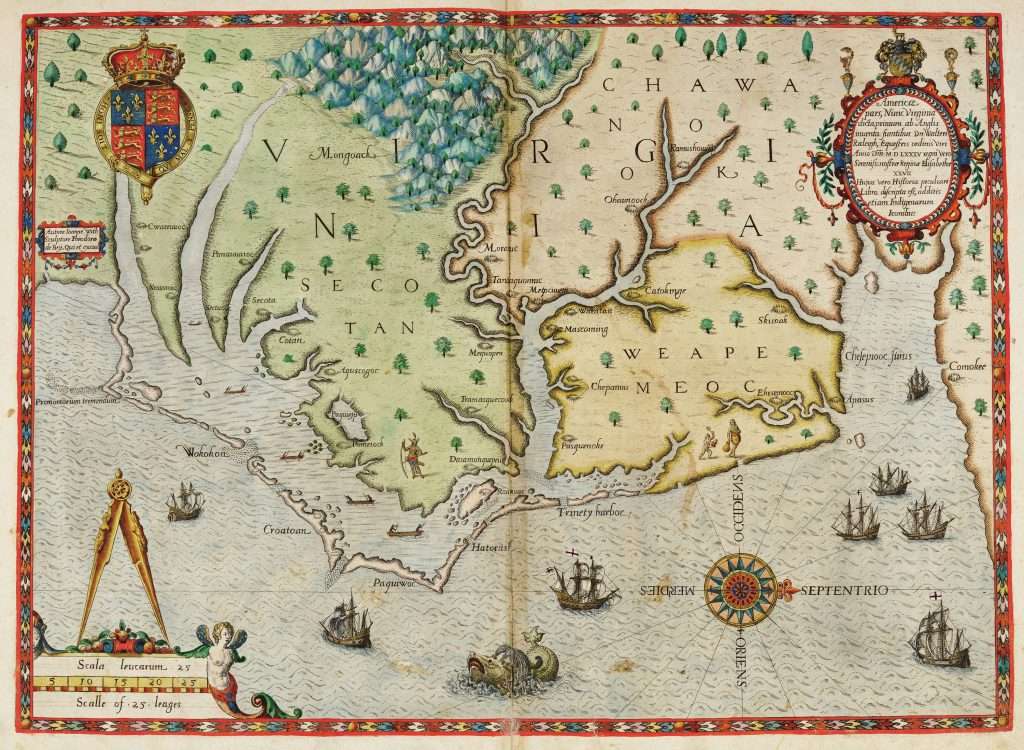 This 1590 engraved map by Theodore de Bry entitled "That part of America, now called 'Virginia' … " includes the locations of Indian settlements in the area surrounding Roanoke Island in present-day North Carolina, as well as several Indian figures who can be seen on shore. This engraving was based on earlier watercolor drawings and maps created by English artist John White, who, in 1585, accompanied a failed colonizing expedition to Roanoke. Though the original John White maps were oriented on a north/south axis, de Bry reoriented this version, as indicated by the compass rose, so that west is at top. Many early maps were oriented in that direction as it showed how the area looked when approached by ship from western Europe.

The inclusion of sea life and Indians, in addition to standard geographical features, is common to both the White and de Bry maps, and comes out of the medieval tradition in which maps were a kind of visual record that recorded the inhabitants as well as the flora and fauna of a region.

De Bry's engravings accompanied A Briefe and True Report of the New Found Land of Virginia by Thomas Hariot, who served as surveyor on the expedition with White. Hariot's description of his year at Roanoke, was intended to serve, in part, as a justification for further colonizing efforts. These rare, hand-colored versions of the illustrations appeared in a 1590 edition published in Latin.