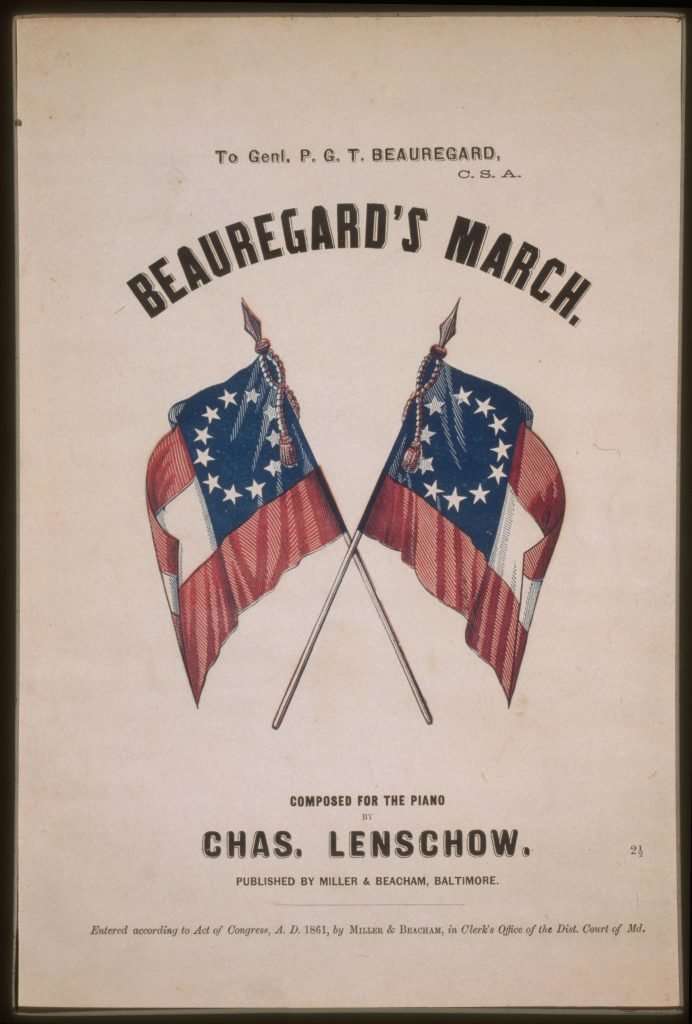 Sheet music for the piano piece entitled Beauregard's March features a crossed pair of Confederate flags—the so-called Stars and Bars pattern that was adopted as the First National Flag for the Confederate States of America in March 1861. This musical composition was dedicated to Confederate general P. G. T. Beauregard in the wake of his victory at the First Battle of Manassas in July 1861, and published in Baltimore, Maryland, a border state where secessionist sympathy was strong. The music was composed by the German immigrant Charles Lenschow, who came to the United States in 1848 as conductor of the Germania Orchestra.