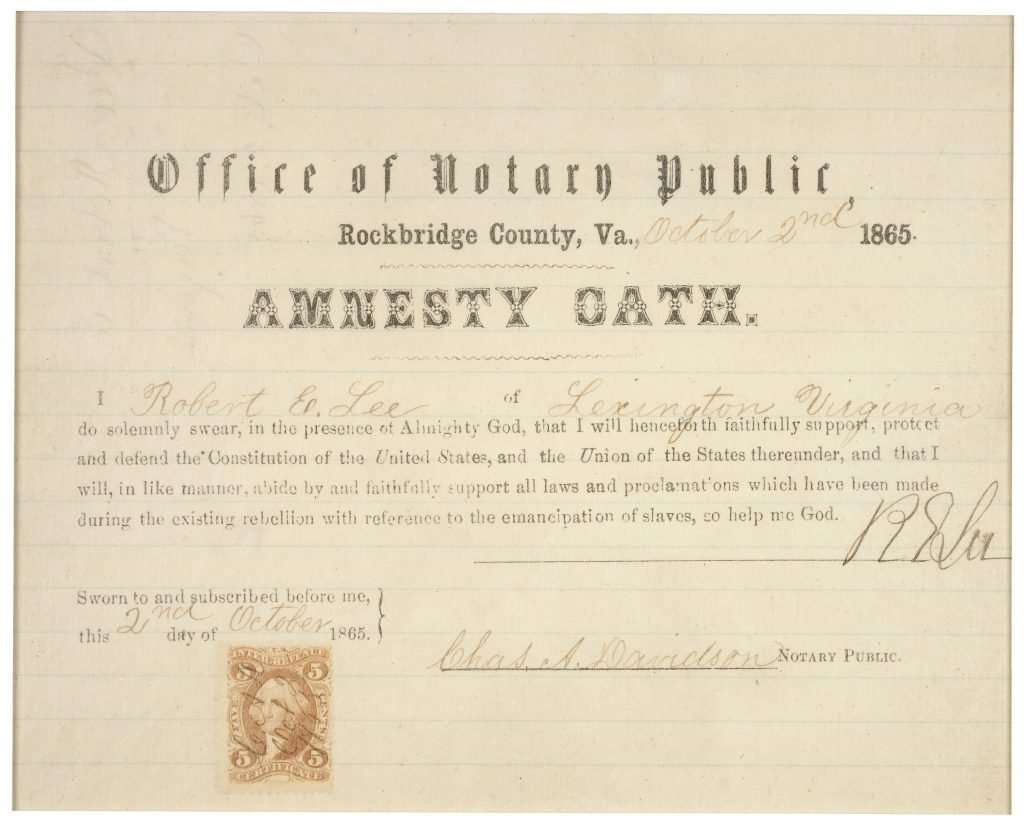 Robert E. Lee swears to "faithfully support, protect and defend the Constitution of the United States, and the Union of the States" and to uphold the proclamations and laws that ended slavery in this oath of allegiance notarized on October 2, 1865. Publicly, Lee lived up to the terms of this "Amnesty Oath," but privately he fulminated against the new social order in the South. He doubted the ability of African Americans to participate in politics and thought that their enfranchisement had been a mistake. While serving as president of Washington College (as Washington and Lee University was then known) from 1865 until his death in 1870, Lee took few steps to curb violent incidents by students against local blacks, including several near lynchings. Lee's attempt to rein in his students was ambivalent at best, though he was forced to take some disciplinary measures after the northern press and Freedmen's Bureau officials drew national attention to the students' "rambunctious" behavior.