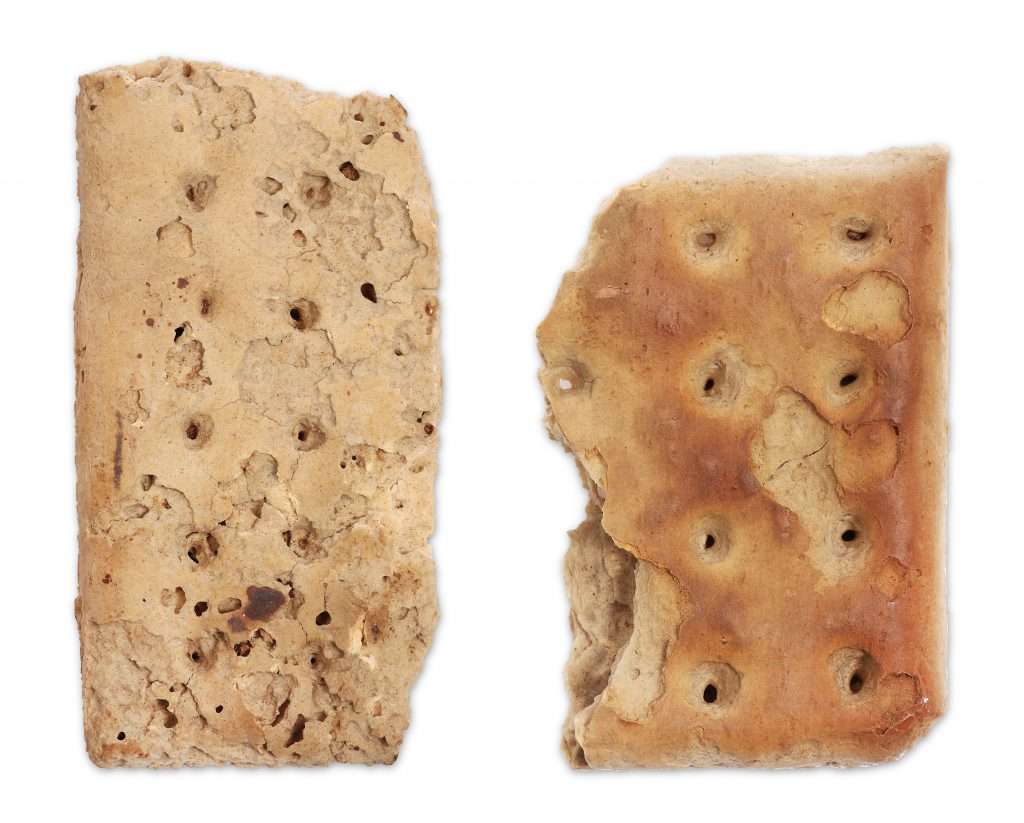 Two pieces of Civil War-era hardtack—a simple type of biscuit made of flour and water—exhibit a remarkable long-lasting quality, one of the reasons that foodstuff became a dietary staple for the Union army. The cracker on the right, however, reveals one of the drawbacks of hardtack—if you look closely you can see that a bug has embedded itself in the upper right hand hole. Hardtack had a propensity for harboring insects; for this reason soldiers referred to the crackers as "worm castles." Though jokes were made about the extra protein that the insects provided, soldiers often dunked the crackers in hot coffee to drive out the bugs. Hot liquid would also soften the often stale hardtack making it easier to eat. A steady diet of these crackers could lead to digestive problems among the troops—though soldiers believed that eating hardtack charred by fire would be an effective antidote for diarrhea.

The Confederacy did not manufacture hardtack, but Confederate soldiers often ate whatever pieces they found on captured or dead soldiers. These particular crackers had been issued to prisoners-of-war J. G. and Thomas G. Penn of the 10th Virginia Cavalry upon their release from prison at Point Lookout, Maryland. The pair had been incarcerated after being captured by Sheridan's cavalry near Five Forks in Dinwiddie County, Virginia, on April 3, 1865.