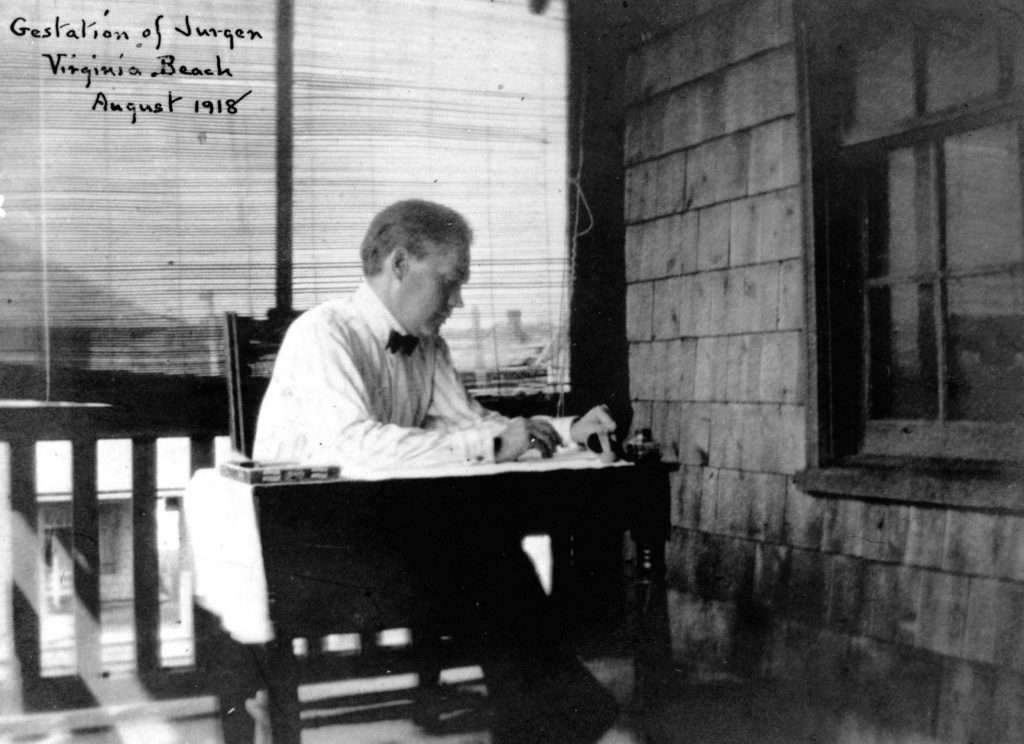 Author James Branch Cabell is seen working on his novel Jurgen, A Comedy of Justice (1919) in this photograph taken on a porch in Virginia Beach in August 1918. The publication of Jurgen caused an uproar due to its subject matter, which was deemed salalcious, and a landmark, two-year obscenity case ensued. After the obscenity trial resulted in acquittal in October 1922, Jurgen became a best-seller and its author became a cult idol.