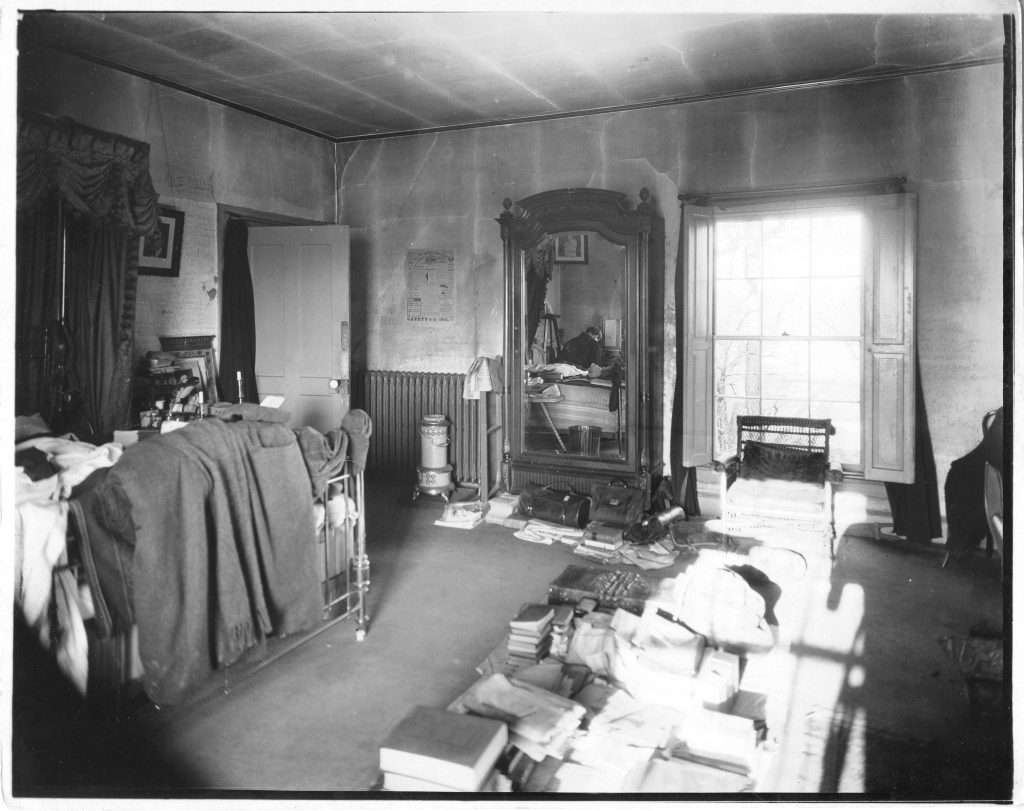 John Armstrong Chaloner in His Bedroom

John Armstrong ("Archie") Chaloner, seen through the mirror, pores over his writings while seated on his bed at his Merry Mills farm in Cobham, Virginia. His room is strewn with his self-published books and manuscripts, and the walls are covered with his own scribbing, including his name written over and over again. His original surname was Chanler, but after years of fighting with his family to prove his sanity, he legally changed his name to what he considered to be the original form—Chaloner. Archie believed he had psychic powers and he hired the Charlottesville photographer Rufus Holsinger that day in order to capture an experiment that involved the mirror and the fall of a twelve-pound plaster bust from atop the wardrobe.