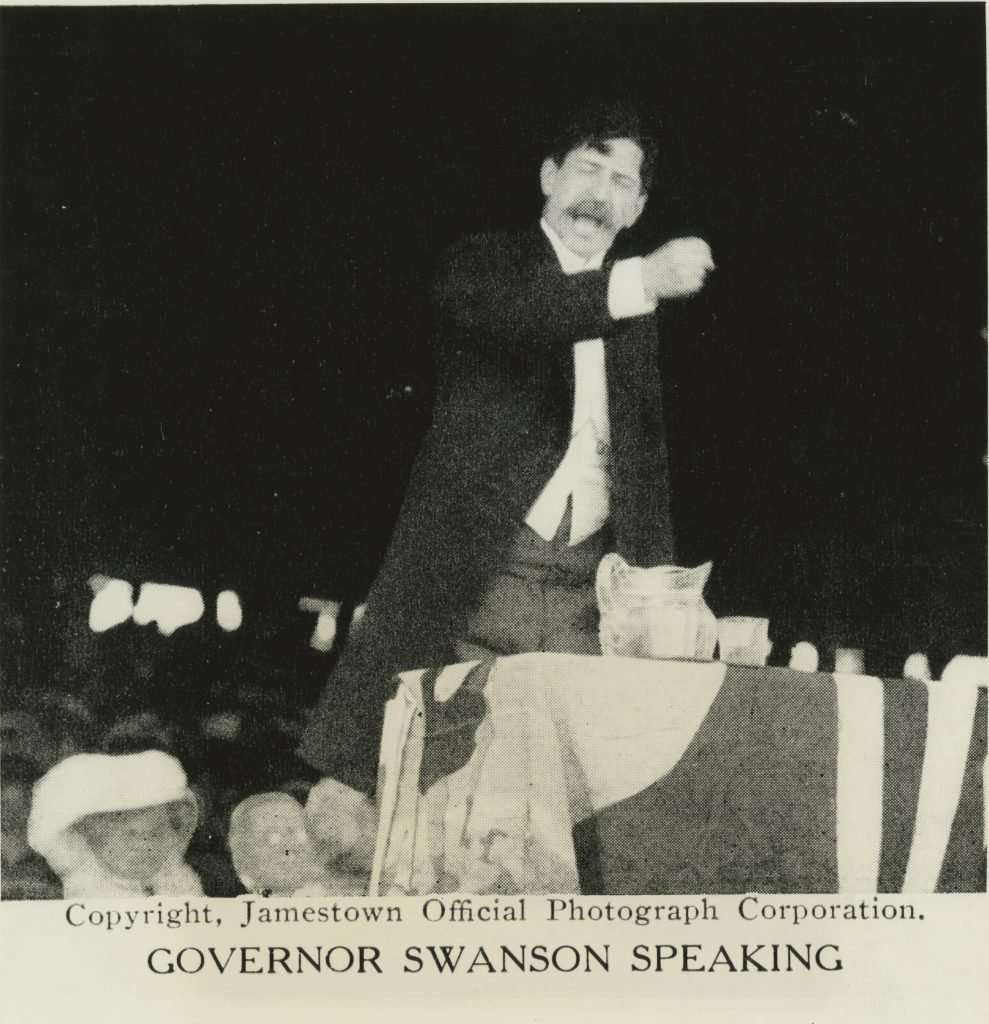 Virginia governor Claude A. Swanson delivers a speech on "Virginia Day," which was celebrated on June 12, 1907, as part of the Jamestown Ter-Centennial Exposition. The international exposition was held in Norfolk from April 26 to November 30, 1907, and marked the three hundredth anniversary of the founding of Jamestown and the Virginia colony by settlers from England. This photograph was published in The Official Blue Book of the Jamestown Ter-Centennial Exposition (1909).