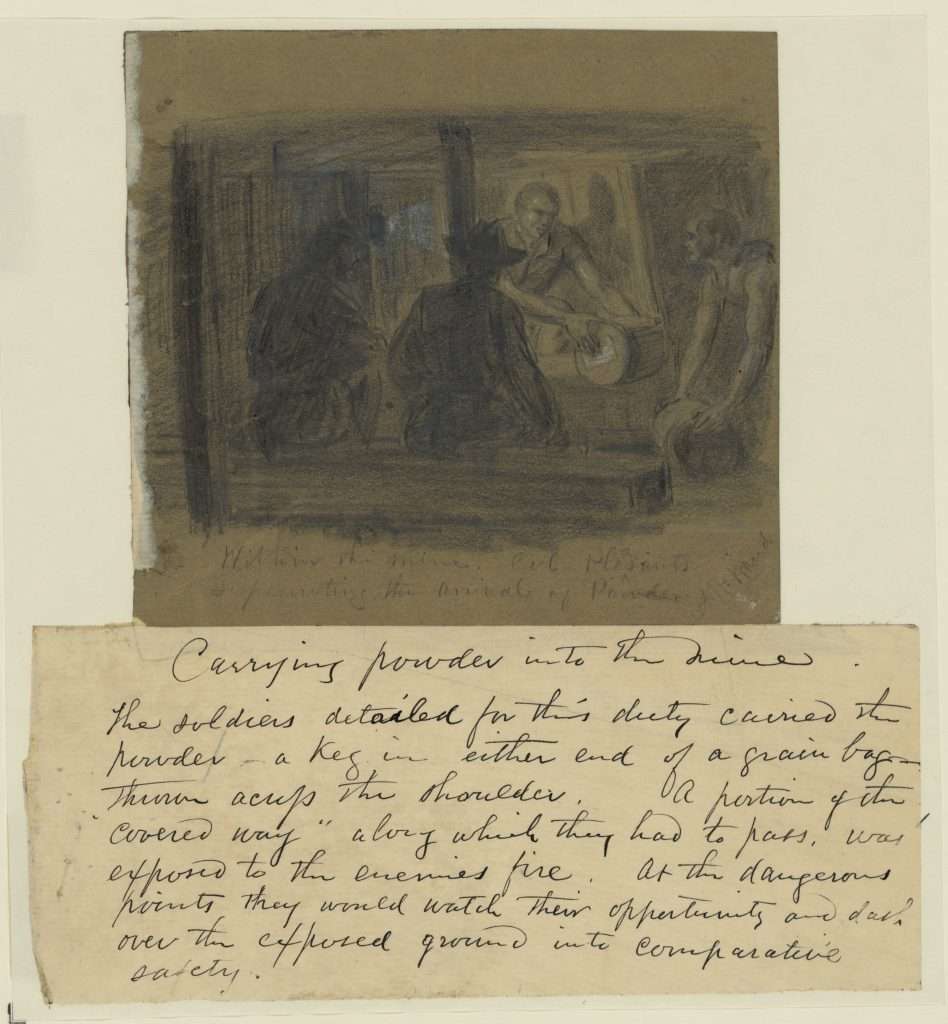 Union lieutenant colonel Henry Pleasants, seated on the bench in the foreground, oversees the arrival of powder into the mine that he designed as an offensive weapon during the Petersburg Campaign. With the siege mired in stalemate, Pleasants came up with a bold initiative. He directed his 48th Pennsylvania Infantry to dig a long tunnel beneath Confederate lines, pack the terminus with explosives, and then detonate it.

On July 28, 1864, soldiers from the 48th began carrying four tons of powder in 320 twenty-five pound kegs into the mine. Harper's Weekly artist Alfred R. Waud, who was a witness to the events, made this pencil sketch of the scene. A handwritten caption on an attached piece of paper describes the perilous job of hauling the kegs full of powder. Soldiers assigned to this duty carried two kegs at a time in a grain bag thrown across their shoulders. A portion of the route was exposed to enemy fire, necessitating waiting for an open opportunity and then dashing for cover.

On the morning of July 30th Pleasants lit the fuse, but it went out because of a break in the line. Two volunteers ventured into the mine, repaired the problem, and then scrambled out as fast as they could. The ensuing blast was the largest man-made explosion in the Western Hemisphere to that point. At least 278 Confederates—most of them South Carolinians and Virginians—were killed instantly.