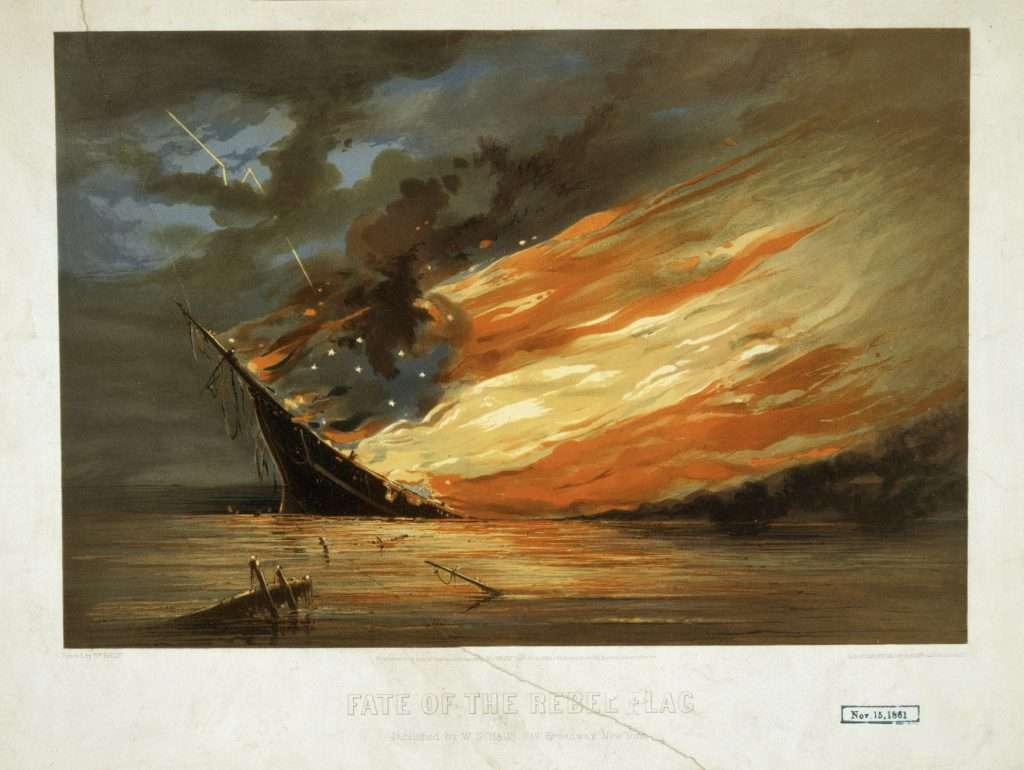 Fate of the Rebel Flag

In a dramatic color lithograph entitled Fate of the Rebel Flag, a sinking Confederate warship is enveloped in flames that have taken on the configuration of the Confederacy's First National Flag. That version of the flag, adopted in 1861, came to be known as the Stars and Bars. It was rectangular with three horizontal bars alternating red, white, and red. In the upper left was a canton of blue and a circle of white stars representing each Confederate state—at first seven (as it is shown here) then eleven, and finally thirteen. In this militantly pro-Union print published in September 1861, a lightning bolt from the heavens strikes the Confederate flag. The lithograph was issued by New York art publisher William Schaus and based on a painting by William Bauly.