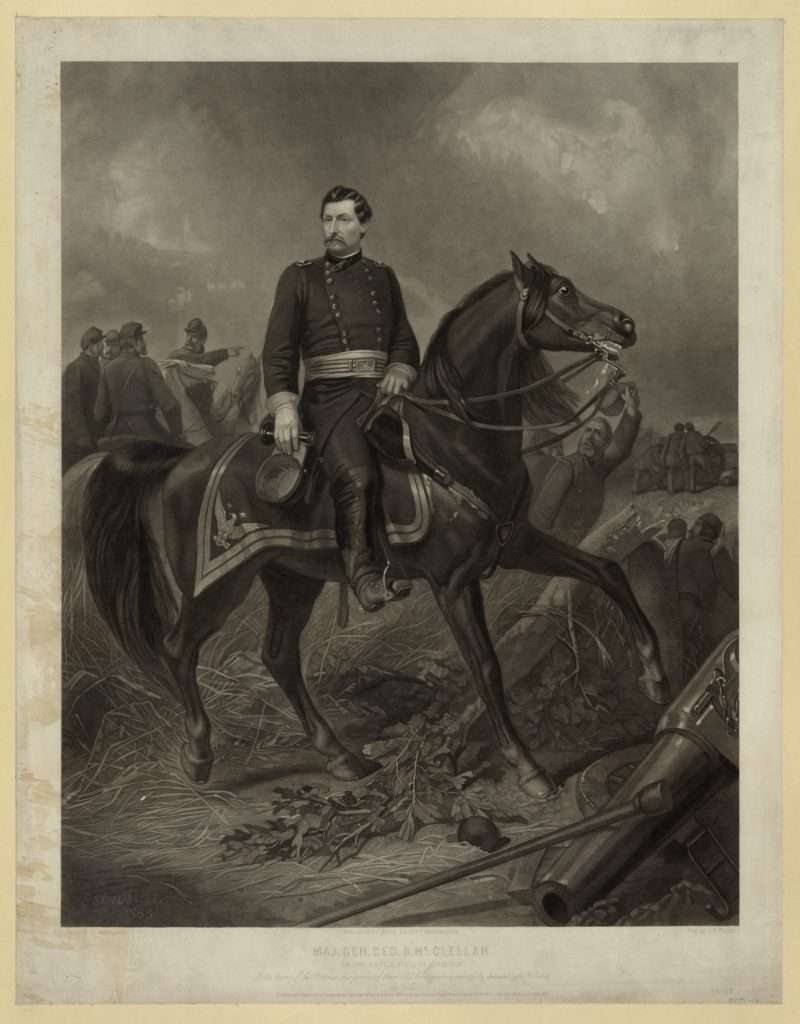 Maj. Gen. Geo. B. McClellan On the Battle Field of Antietam

Union general George McClellan appears stoic and calm amid the chaos of war in this romantic engraving of the commander at the Battle of Antietam on September 17, 1862. McClellan succeeded in driving Confederate general Robert E. Lee's forces out of Maryland, but the subsequent Union pursuit was too cautious to suit U.S. president Abraham Lincoln, who replaced the general on November 5, 1862. This engraving was made after McClellan's ouster, and the publisher, John Dainty of Philadelphia, included the inscription at bottom, "To the Army of the Potomac this picture of their Old Commander is respectfully dedicated by the Publisher."