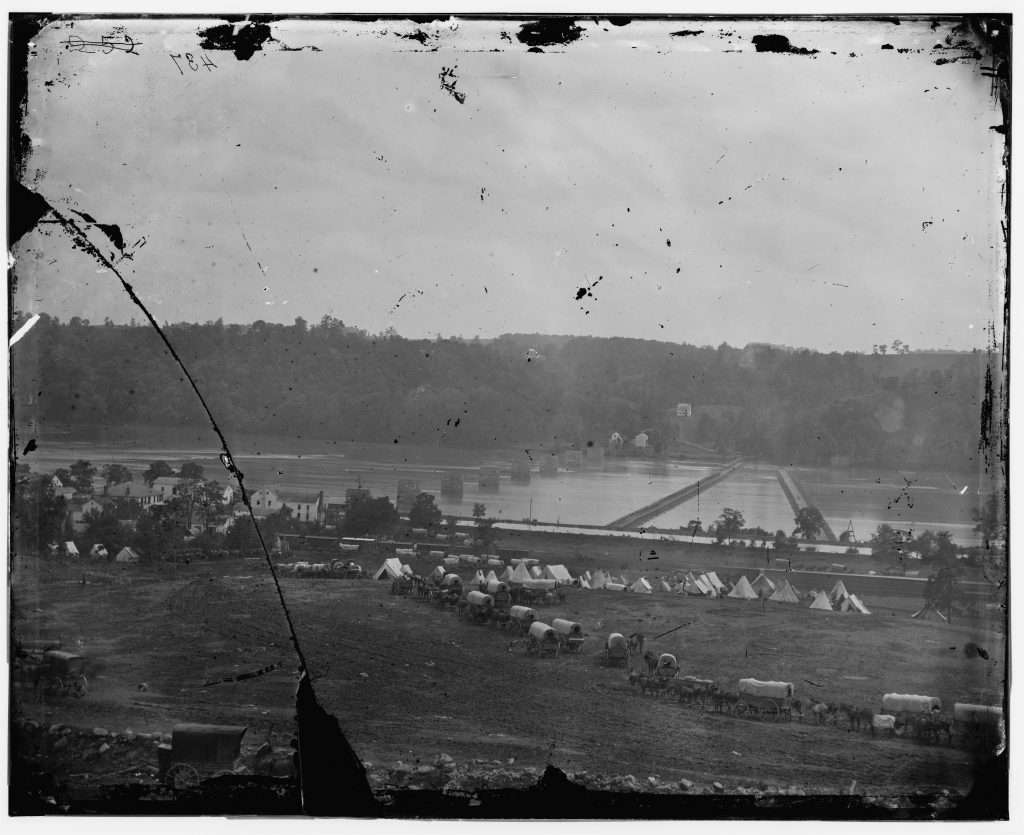 Pontoon Bridges Over the Potomac

Union army wagons assemble in Berlin, Maryland, a few miles downstream from Harpers Ferry, in October 1862 in preparation for crossing the Potomac River to Virginia. Pontoon bridges were assembled next to the ruins of a stone bridge in order to move Union troops, wagons, and supplies across the river. Despite being urged by U.S. president Abraham Lincoln to rapidly pursue Confederate forces who had fled to Virginia after the Battle of Antietam on September 17, 1862, Union general George McClellan was content to rest his men and move slowly. McClellan's Army of the Potomac took eight days to cross into Virginia over the pontoon bridges shown here and others at Harpers Ferry. The president later complained to a journalist that it had taken Confederate general Robert E. Lee only a single night to cross the same river. When McClellan's rate of advance did not meet Lincoln's expectations, he was removed from command on November 5.