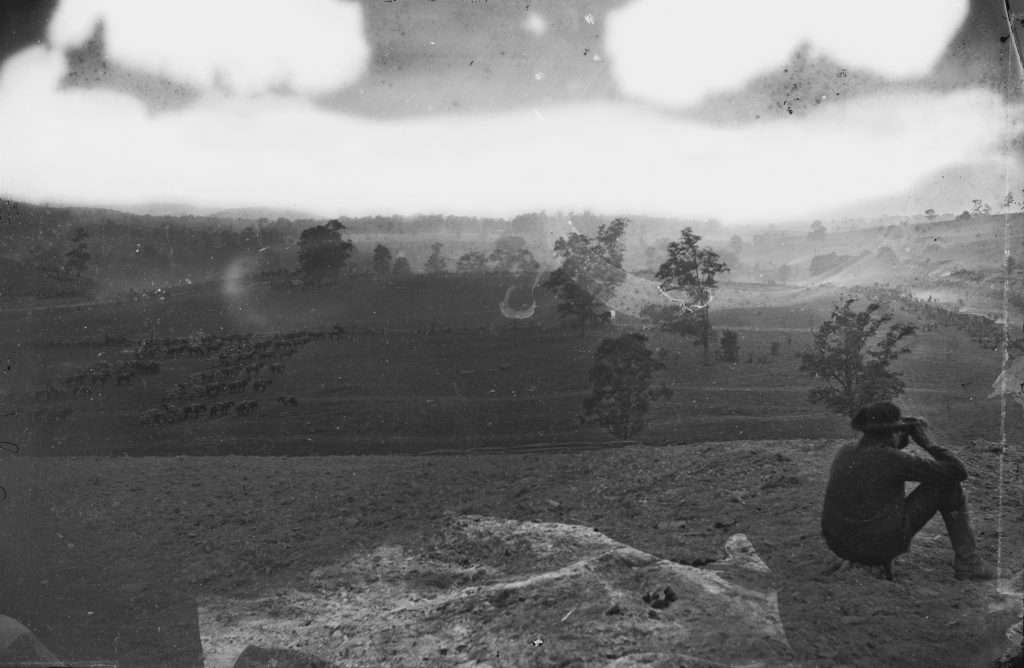 An unidentified man with binoculars looks toward the battlefield in an image that the photographer Alexander Gardner captioned "View of Battle-field of Antietam, on day of battle, Sept. 17, 1862." Despite the photographer's description, it has been determined that the photograph does not show the battlefield itself, but a view behind the lines in front of Union general George McClellan's headquarters. What was believed to be smoke arising from the battlefield, at far right, is actually smoke from campfires. Photographic historian William A. Frassanto further argues that the image was probably made the day after the battle, citing as evidence the fact that the artillery batteries, in the distance at left, are inactive; on the day of battle they would have been fully engaged.