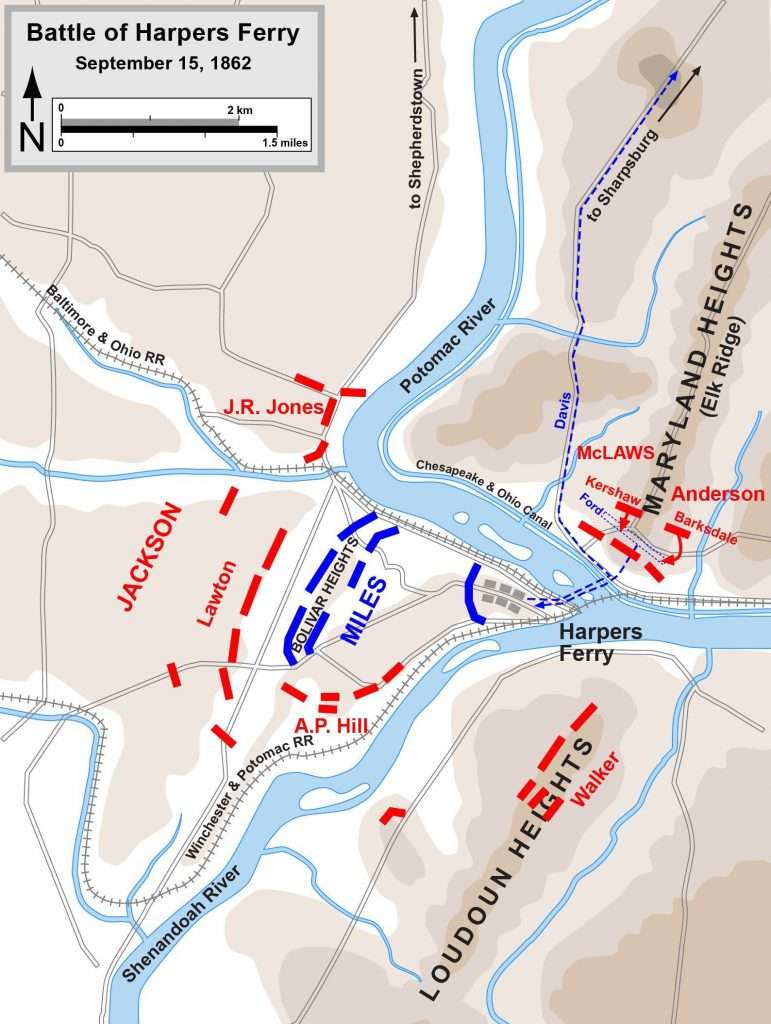 Map of the Battle of Harpers Ferry

This map shows the positions of Confederate forces (in red) that surrounded and forced into submission Union forces (in blue) under Colonel Dixon S. Miles on September 15, 1862, at the conclusion of the Battle of Harpers Ferry. About 12,500 Union soldiers surrendered that morning, but Colonel Benjamin Franklin "Grimes" Davis of the 8th New York Cavalry, sensing the inevitable defeat, made a bold escape the night before with his men, retreating across the Potomac River and heading toward Sharpsburg, Maryland. Shortly after the Union surrender at Harpers Ferry, Confederate forces under the command of General Thomas J. "Stonewall' Jackson also marched to Sharpsburg, where the Battle of Antietam was fought on September 17.